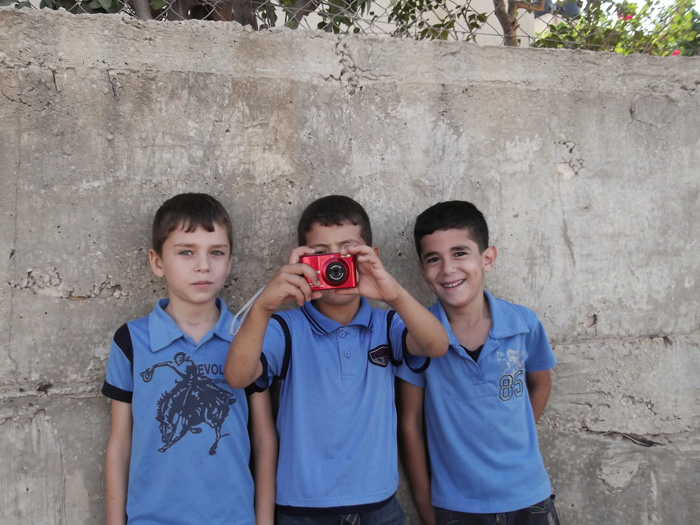 “Silent Voices” is a beautiful and thought-provoking photo exhibition of daily life in the occupied Palestinian village of Bil’in, taken by the children who live there. It will be displayed in the Williamson Gallery from 11th January to 26th February.

Bil’in is twinned with Liverpool through the Liverpool Friends of Bil’in who have a strong bond with the village and who commissioned a Liverpool community photographer, Elaine Stapleton, to go there to work with the school children to produce this striking body of work which has been touring the UK for the last 4 years. In addition to the 25 children’s large-scale photos are 11 photos taken by Elaine herself of the weekly demonstration the villagers organise in protest against the taking of their land for illegal Israeli settlements. They are routinely met with an arsenal of crowd control weapons from the Israeli army which have lead to thousands of injuries and 2 deaths over the last 12 years. They form the back cloth to the daily lives of the children.