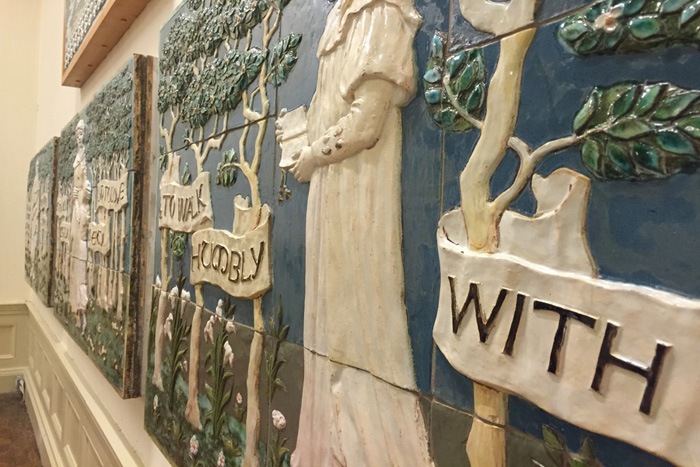 The Della Robbia Pottery, Birkenhead, drew inspiration from a number of sources but work was primarily looking to Italy.

Led by Harold Rathbone, the Wirral potters translated their ideas into clay for sale through shops and exhibitions across the UK. Recent research has revealed some fascinating connections with 19th century Italy as well as the Renaissance.

This exhibition will look at Rathbone himself, his own painting and collecting, his and his contemporaries’ interest in Italy and put Birkenhead’s Della Robbia into a contemporary context, as the truest Arts & Crafts pottery put onto the market.

The Williamson Art Gallery holds the world’s largest collection of work from the Della Robbia Pottery, founded in 1894 by Harold Rathbone. Inspired by his contact with the work of sculptor, Luca Della Robbia from Tuscany, Rathbone developed a type of pottery that was unique to his factory.

Employing local craftsmen and women and using local materials, the Della Robbia Pottery issued a distinctive set of ceramic products that included presentation vases, architectural panels and other household items in the final years of the nineteenth century.

There will be a symposium on the 18th of June at 2pm to accompany the exhibition and the Liverpool University Press publication with short presentations by each of the contributors:
Julie Sheldon, Julie Carroll, Enrico Venturelli, Colin Trodd and Colin Simpson.

This is an opportunity to present recent research that looks at the life and experiences of Harold Rathbone with an exploration of some influences on his work at the Della Robbia Pottery, which operated in Birkenhead between 1894 and 1906.
The symposium is free but spaces are limited. Please reserve a space by emailing
williamsonartgallery@wirral.gov.uk 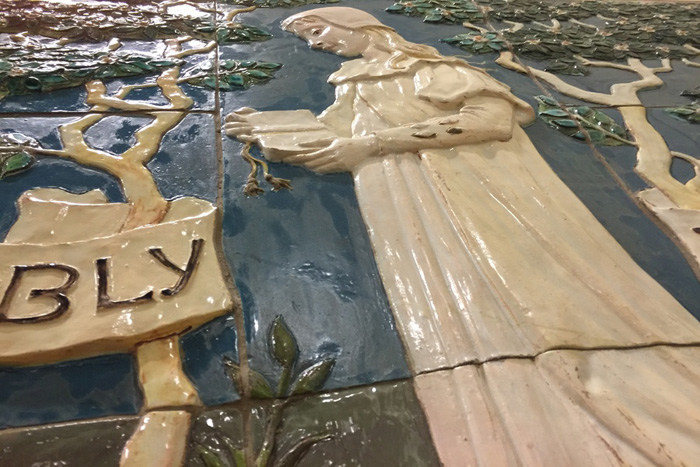