Open Eye Gallery: Sam Batley: One Day at a Time 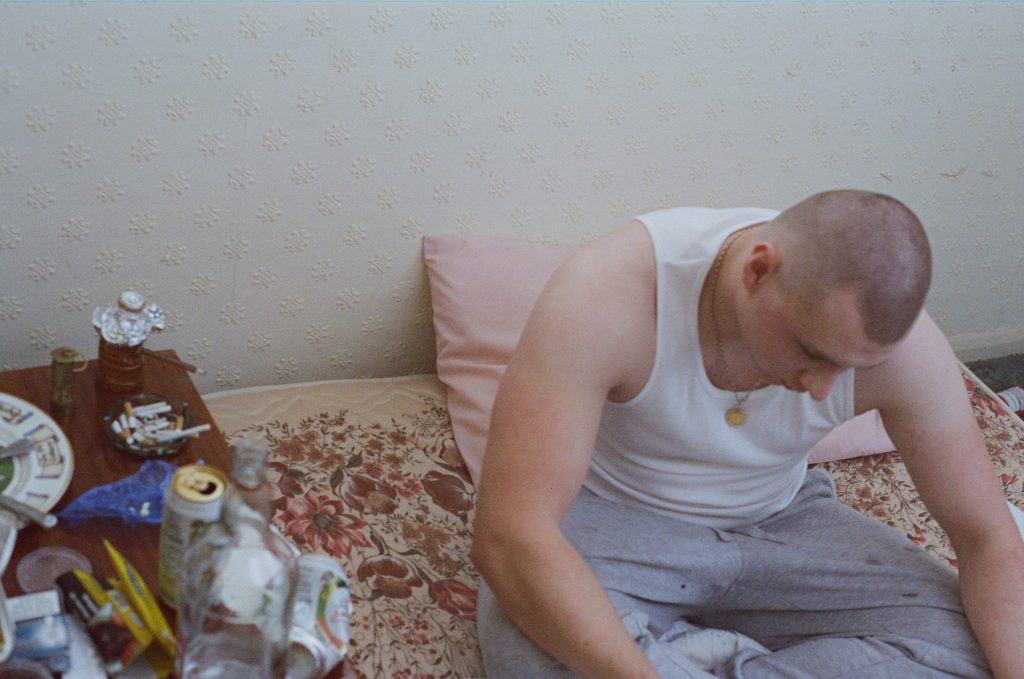 Open Eye Gallery: Sam Batley: One Day at a Time

A project that tells the story of life after addiction, informed by people in recovery. The stories are told through documentary, film, photography, art and poetry. Through this lens, the project gives voice to what it means to be in recovery, how community brings us together and how new interests and beliefs shape us and inform our values.

The project is split into three parts, beginning with the short film Three Bull-Mastiffs in a Corner Kitchen, based on an autobiographical poem written by Sam Batley a few months into recovery from alcohol and drug addiction. The poem revisited Sam’s young adulthood and the themes that played heavily in his formative years. During the lockdown of 2020, Sam Batley and Paul Chambers, the film’s director, developed the poem into a screenplay. They successfully crowdfunded to produce and enabled the team to shoot the film in 16mm with cinematographer Owen Cant. The casting involved people from the recovery community in Liverpool alongside professional actors.

During this filming, a story began to unfold which ran parallel to the narrative of the short film: the story of the men and women who acted in Three Bull-Mastiffs in a Corner Kitchen while in recovery themselves. Working closely with Damien John Kelly House, a recovery living centre for men in Wavertree, Liverpool, the team decided to create One Day at a Time, a documentary on life after addiction and what recovery means to those who are in it.

The last part is a socially engaged project ‘One Day at a Time Boys’. Started by Sam in Damien John Kelly House that allows residents to engage in photography, art and creative writing. Throughout filming the documentary the lads have documented this process and have amassed an impressive body of work. Alongside existing work documenting individuals’ recovery and growth. Through photography and other art forms the lads have learnt to express themselves, form new passions, aid in the search for self, transferable confidence and community. Most of all it forms a part of the wider program at Damien John Kelly house, one based in willingness, open mindedness and honesty.

This exhibition documents the production journey of Three Bull-Mastiffs in a Corner Kitchen and One Day At A Time through behind the scenes photography by Sam Batley, Paul Chambers, Jack Gibson, Jamie Maxfield, Matty Owen, Wayne Goldie and Craig Taylor.

Three Bull Mastiffs in a Corner Kitchen, 2021 by Sam Batley