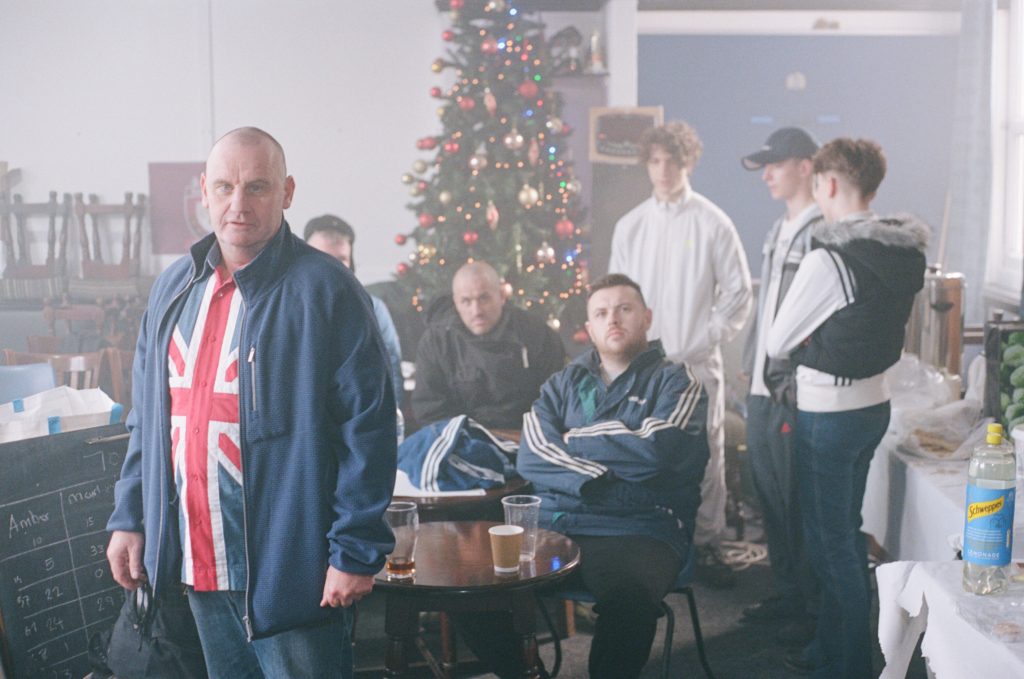 To celebrate the launch of the exhibition One Day At A Time, Sam Batley will be in conversation with Paul Chambers, the director behind the short film Three Bull-Mastiffs in a Corner Kitchen. The exhibition documents the production journey of the films Three Bull-Mastiffs in a Corner Kitchen and One Day At A Time, developed with residents of Damien John Kelly House recovery centre, through behind the scenes photography taken by Sam Batley, Paul Chambers, Jack Gibson, Jamie Maxfield, Matty Owen, Wayne Goldie and Craig Taylor.

In this special launch event, Sam and Paul will be talking about the process of creating both films, how the project has developed into three distinct prongs, and the powerful role that photography and documentary can play in the recovery journey.

Sam Batley is a Programme Assistant at Open Eye Gallery. He is a self taught artist, drawing on inspiration from his past and where he has arrived in the present. Exploring through a mixture of mediums and socially engaged practice. His work is characterised by self inquisition and honesty. An extension of building on the belief that given the chance we all have the ability to express ourselves. Embracing recovery values within a creative setting.

Paul Chambers is a Manchester based filmmaker, originally from Yorkshire. He comes from a documentary background and is intrigued by real life, make believe and the spaces between: the underbelly of society, the obscure and the heartfelt, the poignant and the surreal. Chambers works as a commercial freelance filmmaker to support his personal film projects. He writes and directs documentaries and fiction shorts, with an eye on moving into features and generally learning more about the world, the people within it and myself.

Open Rooms is Open Eye Gallery’s online programme. It involves free live-streamed talks and workshops, plus ongoing public discussions on our Discord community. It takes place in rooms all across the world — artists’ rooms, chat rooms and in your living room.

We also have a community of chat rooms and ongoing conversations on Discord, a free messaging app open to all. To join, follow this link and download Discord on desktop or mobile: https://discord.gg/wNKSQP2