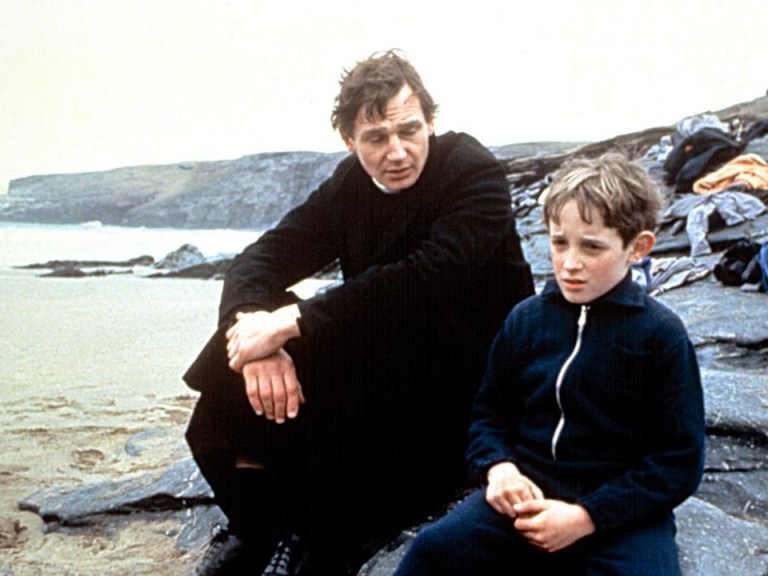 The recent death of his father and growing anger at the mistreatment of a resident boy (Hugh O’Conor) prompts Lamb to take dramatic action; cash in his inheritance and flee with the boy to England. Depicting an unconventional relationship between a naïve young cleric and a troubled child, the film is vivid and unsettling. Unlikely to have been made later -as scandals of clerical abuse became rife- it features Neeson in his first lead film role plus the remarkable debut of Hugh O’Conor (four years before his Oscar nomination for My Left Foot).

This is an adaptation of Bernard MacLaverty’s acclaimed novel, directed by Colin Gregg.