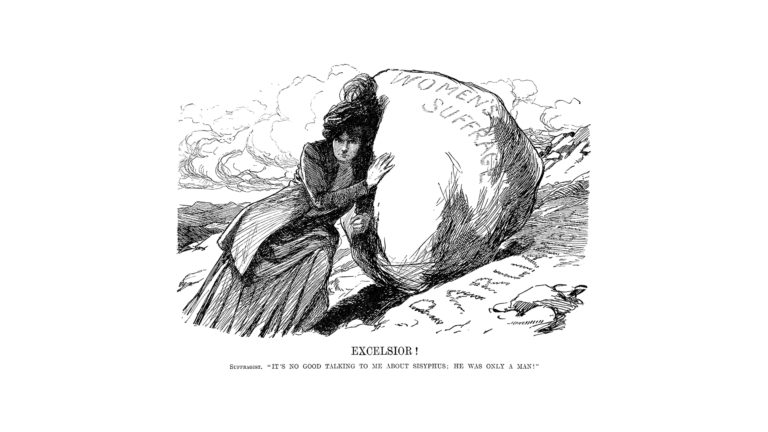 The campaign for women’s votes evoked many reactions and those both for and against the idea saw cartoon imagery as a good way of getting their point across.

In terms of the suffrage campaign, whilst female lobbyists were often drawn as unfeminine, in the 20th century cartoons also mocked politicians’ inaction and law officials’ overreaction to suffragette protests. By the early 20th century, with women ensuring the survival of the British economy during WW1, Punchincluded cartoons that noted the irony of denying the vote to women for so long, and even acknowledged the magazine had been wrong to oppose the vote.

Today politicians still admit that their image can be ruined, or boosted, by the skill of the cartoonist.

This exhibition will enable visitors to view a selection of the cartoons, to hear from experts and to discuss how well the messages were conveyed.