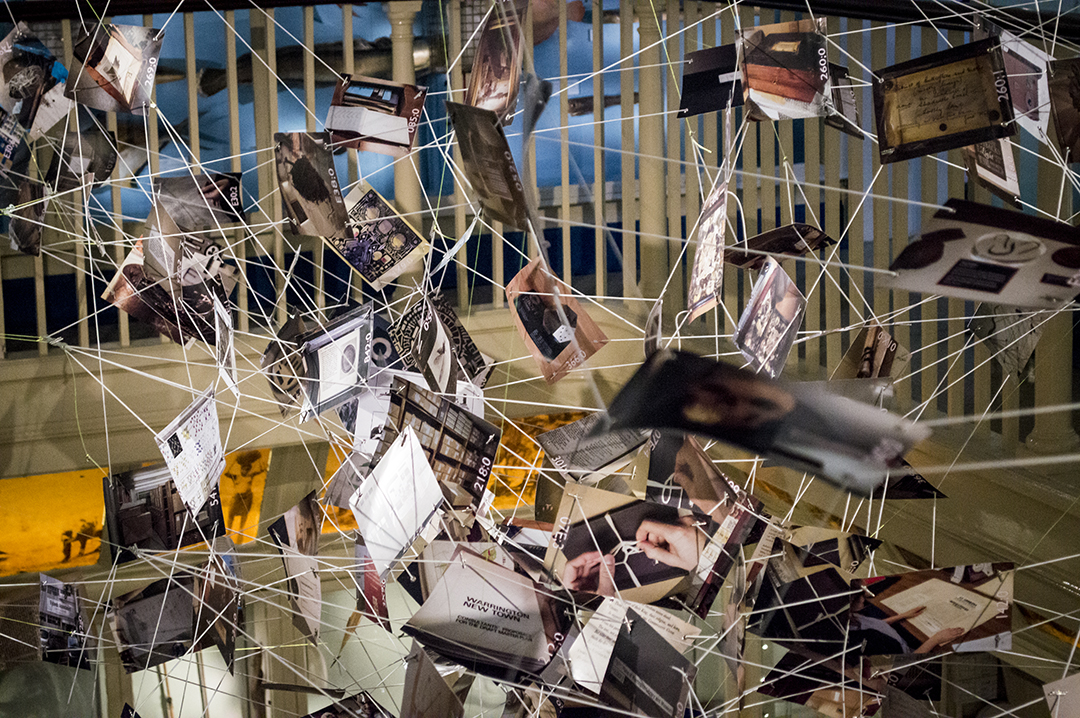 The John Affey Museum (JAM) is a speculative museum project led by artist and researcher Clair Le Couteur, reimagining museum histories from the perspective of the outsider. JAM is named after John Affey (1904–1969), an amateur collector and folklorist who worked in the British Antarctic whaling industry in the first half of the 20th century. Affey’s methods and ideas shared features of magical thinking, fringe academia and conspiracy theories, in particular in the habit of finding unexpected and unlikely associative links between unusual things.

In Roots Between the Tides, the JAM project uses Affey’s method to explore Warrington Museum, one of Britain’s oldest and most interesting small museum institutions, with a fascinating collection and a long and unusual history.

Using a combination of techniques from photography, sculpture and archival research, JAM will ‘remix’ elements from Warrington, creating a hanging network of several hundred images on the mezzanine level of an original Victorian exhibition space, the World Stories Gallery. Visitors will navigate a web of interconnected stories, using an accompanying catalogue and binoculars attached to the mezzanine railings to explore the numbered images.