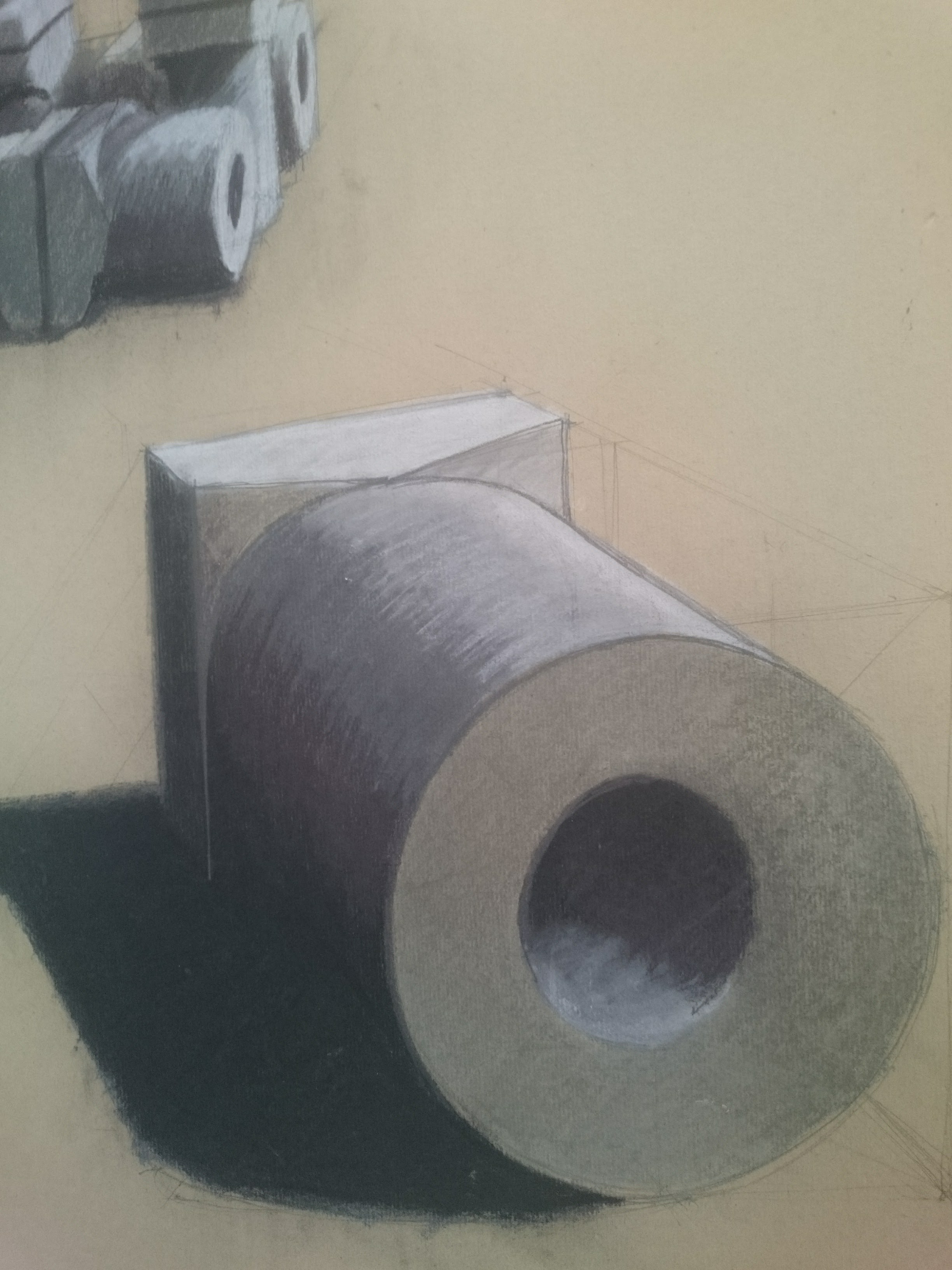 The Cornerstone Gallery proudly presents the work of artist and musician Steve Childs.

Structure, proportion, and mathematics underpin a lot of art and music. Some examples that spring to mind are the 14th century Sienese paintings of Sassetta (Stefano di Giovanni di Consolo), the music of JS Bach, and the work of the Minimalist artists of the 1960’s.

In the late twentieth century, de-constructivist architects have used systems to produce chaotic structures such as the Bilbao Guggenheim and the Jewish Museum in Berlin.

I see great parallels between the visual arts and music in this respect. Abstraction and the use of thematic material are common to both, as are underlying mathematical structures, proportion, and improvisation.

Presented here is a body of work that includes Drawings, Prints, and Maquette’s, exploring ideas for larger sculptural pieces.

Ideas have been developed by the use of systems. A set of rules are applied in order to determine the final outcome of the piece. Some of the work has been generated by ‘superimposition’; two or more simple forms combined (or subtracted) to produce something more complex.

Other work is based on the use of an underlying unit such as a cube or a square.

Many studies were made from a large purpose built installation that has provided a rich source of visual imagery for both 2D and 3D ideas.

The prints in the exhibition are photographic studies of this and weren’t computer generated.

Artists such Sol Lewitt – minimalist sculptor, and JS Bach – baroque composer, although centuries apart both produced works that were obviously mathematical in some way.

‘In C’ is a piece of music written by the minimalist composer Terry Riley in the 1964 for an indefinite number of performers: – “About 35 is desirable but smaller or larger ensembles will work”. It’s a good example of the use of ‘superimposition’ as a method of producing a work of art. Repeated patterns or phrases move in and out of sync with each other and overlap to produce complex shifting forms and an overall hypnotic effect. This sounds like computer music but is actually performed on real instruments by real musicians!

‘In C’ is different each time it’s performed, but always conforms to the rules and the written score. The flexibility is in the structure itself.

This method has been used to generate a lot of the imagery in this exhibition. Materials used for the work in this show include compressed charcoal, pastel, pencil, acrylic inks, acrylic paint, cardboard, wood, plaster, and plastics.