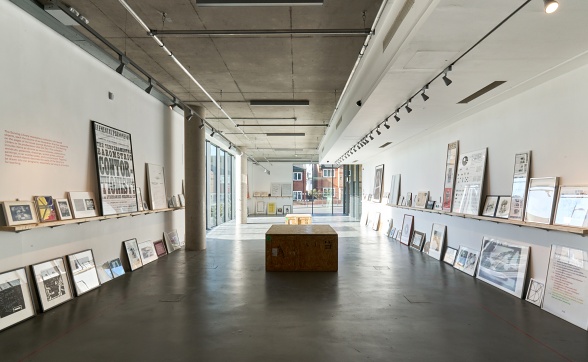 Outside the Hit Factory – Alexander Provan

A performative talk by Alexander Provan (Editor and Co-founder of Triple Canopy, New York) curated by The Serving Library in partnership with LJMU’s Exhibition Research Lab for Liverpool Biennial 2018

Do you want to hear a song that perfectly conforms to a numeric representation of your personality? With chart-topping examples, this talk reflects on the use of consumer-behaviour data and neurobiology research in the production of pop songs that are guaranteed to be pleasing to as many listeners as possible, and therefore avoid confronting listeners with songs that they haven’t already been conditioned to like. The producers of hits like Roar and Can’t Feel My Face might design insipid products that manipulate our basic impulses, but they also devise an emotional Esperanto that merges all our voices into a single chorus.

Alexander Provan is the Editor and Co-founder of Triple Canopy and a contributing editor of Bidoun. He is the recipient of a 2015 Creative Capital | Andy Warhol Foundation Arts Writers Grant and was a 2013-15 fellow at the Vera List Center for Art and Politics. Provan’s writing has appeared in the Nation, n+1, Art in America, Artforum, Frieze and in several exhibition catalogues. His work as an individual and with Triple Canopy has recently been exhibited and presented at the 14th Istanbul Biennial; Whitney Biennial; Museum Tinguely (Basel); the 12th Bienal de Cuenca; the New Museum (New York); and Kunsthalle Wien (Vienna). His sound work Measuring Device with Organs was recently published by Triple Canopy as an LP.