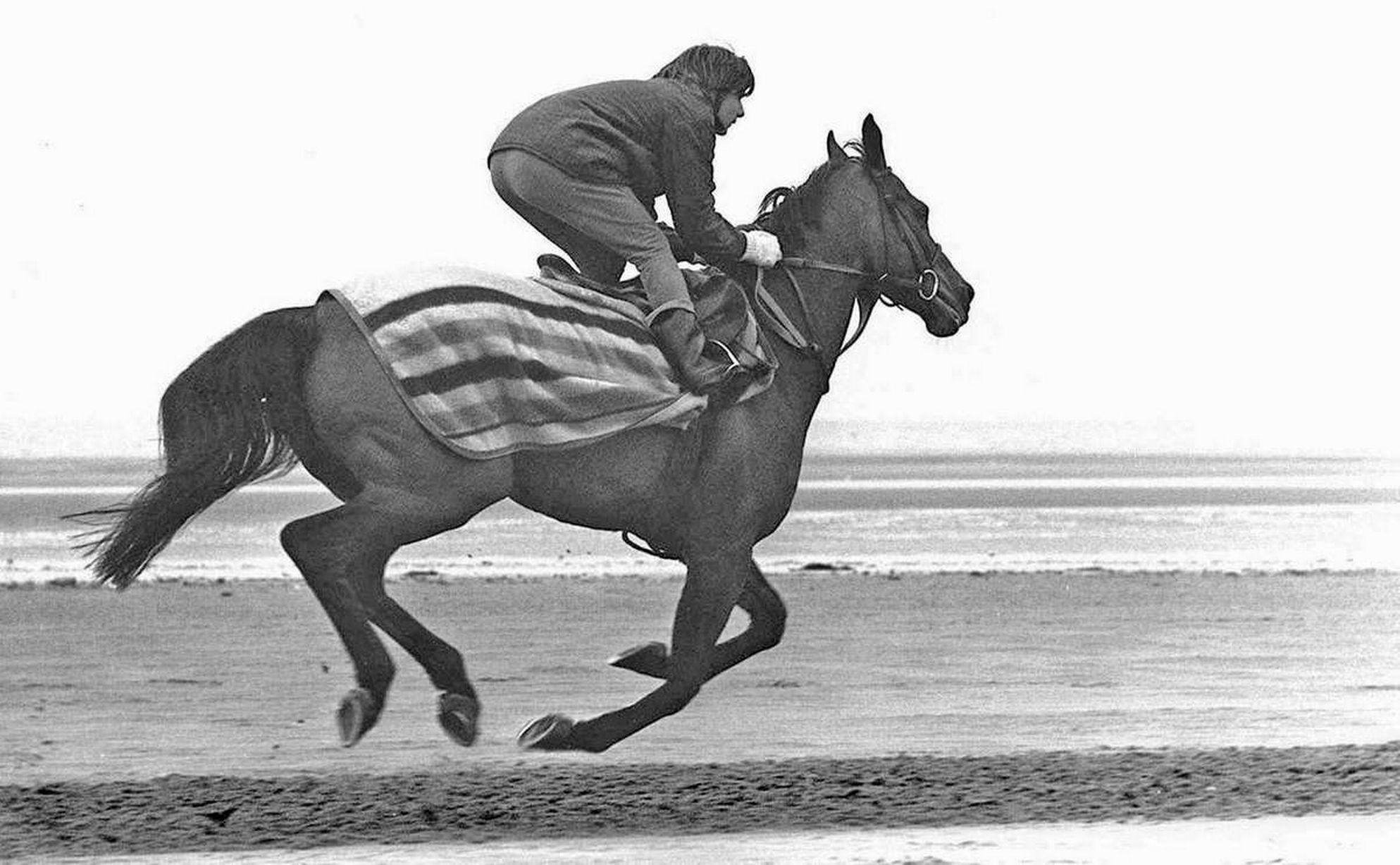 This exciting new exhibition pays homage to one of Southport’s greatest history makers – not human, but equine. The incomparable Red Rum rose from the humblest beginnings to become Britain’s best-known and best-loved racehorse. His unequalled record of three wins and two seconds in the Grand National actively saved the race itself when its future was in serious doubt.

Here, we trace his life through a racing career which took him over 300 miles and 1800 obstacles to his becoming an iconic sports celebrity in retirement.

The regular sight of Red Rum flying over the Southport sands where he trained thrilled many a local resident and this exhibition hopes to capture some of that magic as we tell his unique story.

Central to the exhibition is a mural of Red Rum by Liverpool-based artist and Liverpool City Region’s Artist of the Year 2020, Paul Curtis. Paul specialises in Street Art & large murals. His work will be familiar to many from the 15metre high mural of Red Rum situated on Marine Drive in Southport.

Curated by Jane Clarke, Historian of Aintree Racecourse and Curator of The Grand National Museum.