The Atkinson: Captain Pugwash & Friends: The TV and book creations of John Ryan 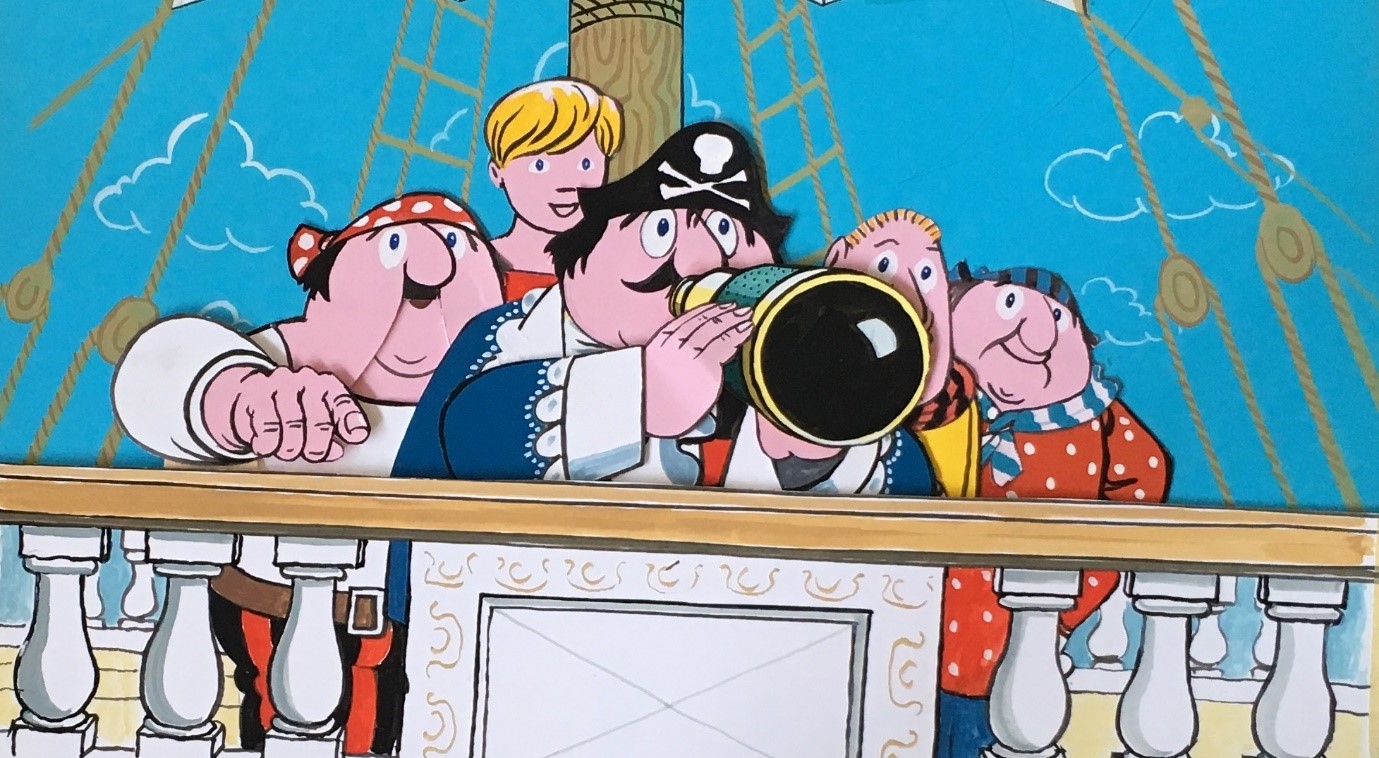 The Atkinson: Captain Pugwash & Friends: The TV and book creations of John Ryan

Image Caption: Animation for BBC TV made from painted cardboard. 1970s. Left to right: the Mate, Tom the Cabin Boy, Captain Pugwash, and Pirates Barnabus and Willy on board the Black Pig. Copyright the Estate of John Ryan.

‘Ahoy there shipmates!’ Come along to The Atkinson and join Captain Pugwash and his motley crew for some pirate fun. Did you know that Captain Pugwash’s ship The Black Pig first set sail in Southport? The bumbling pirate captain and his arch-enemy Cut-Throat Jake first crossed swords in the earliest editions of the Eagle magazine when it was being written and illustrated in a small studio in Churchtown.

Captain Pugwash went on to become a popular children’s TV animation in the 1950s and early ‘60s as well as being revived in colour in the 1970s and 1990s. John Ryan, who created Pugwash, contributed other Eagle favourites including ‘Harris Tweed, Special Agent’ as well as ‘Lettice Leefe’ for Eagle’s companion paper Girl, and ‘Sir Boldasbrass’ for Swift.

The exhibition includes examples of John Ryan’s artwork for the Eagle as well as graphics for other successful TV animations including ‘The Adventures of Sir Prancelot’ and ‘Mary, Mungo and Midge’.

The exhibition is curated by John’s daughter Isabel Ryan who provided the voice for Mary in ‘Mary, Mungo and Midge’ and is now responsible for the Estate of John Ryan.