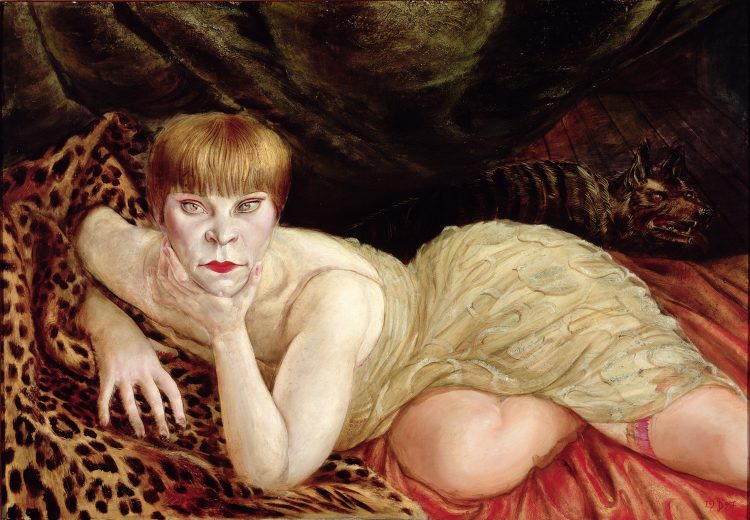 Tate Liverpool presents the faces of Germany between the two World Wars seen through the eyes of painter Otto Dix (1891–1969) and photographer August Sander (1876–1964). Portraying a Nation: Germany 1919–1933 brings together two artists whose works document the glamour and misery of the Weimar Republic, a time of radical extremes and political and economic upheaval.

Portraying a Nation: Germany 1919–1933, which exhibits Dix and Sander as a pair for the first time, reflects a pivotal point in Germany’s history, as it introduced democratic rule in the aftermath of the First World War. The period was one of experimentation and innovation across the visual arts, during which both artists were concerned with representing the extremes of society, from the flourishing cabaret culture to intense poverty and civilian rebellions.

The exhibition focusses on the evolution of Dix’s work during his years in Düsseldorf, from 1922 to 1925, when he became one of the foremost New Objectivity painters, a movement exploring a new style of artistic representation following the First World War. Dix’s paintings are vitriolic reflections on German society, commenting on the country’s stark divisions. His work represents the people who made up these contradictions in society with highlights including Portrait of the Photographer Hugo Erfurth with Dog 1923, Self-Portrait with Easel 1926, Reclining Woman on a Leopard Skin 1927 as well as a large group of lesser known watercolours.  Dix’s The War 1924 will also form a key element of the exhibition, a series of 50 etchings made as a reaction to and representation of the profound effect of his personal experiences of fighting in the First World War.

Sander’s photographs also observe a cross-section of society to present a collective portrait of a nation. Sander commenced his major photographic project People of the Twentieth Century in 1910, an ambitious task that occupied him until the 1950s. The project resulted in more than 600 images in which people were categorised into what he described as ‘types’, including artists, musicians, circus workers, farmers and, in the late 1930s, images of Nazi officers. More than 140 photographs from the ARTIST ROOMS collection will be displayed to create a large-scale timeline of Weimar Germany, placing individual subjects against a backdrop of the era’s tumultuous cultural and political history.

Portraying a Nation: Germany 1919–1933 is made up of Otto Dix: The Evil Eye, Kunstsammlung Nordrhein-Westfalen, Düsseldorf and ARTIST ROOMS: August Sander, an exhibition of works from the ARTIST ROOMS collection of international modern and contemporary art.

The ARTIST ROOMS collection is jointly owned by National Galleries of Scotland and Tate on behalf of the public, and was established through The d’Offay donation in 2008 with the assistance of the Heritage Memorial Fund, Art Fund and the Scottish and British governments. It is shared with UK museums and galleries including Tate, National Galleries of Scotland and a network of Associate venues through ARTIST ROOMS On Tour, which is a partnership until 2019 with lead Associate Ferens Art Gallery, supported by the National Lottery through Arts Council England, Art Fund and the National Lottery through Creative Scotland.