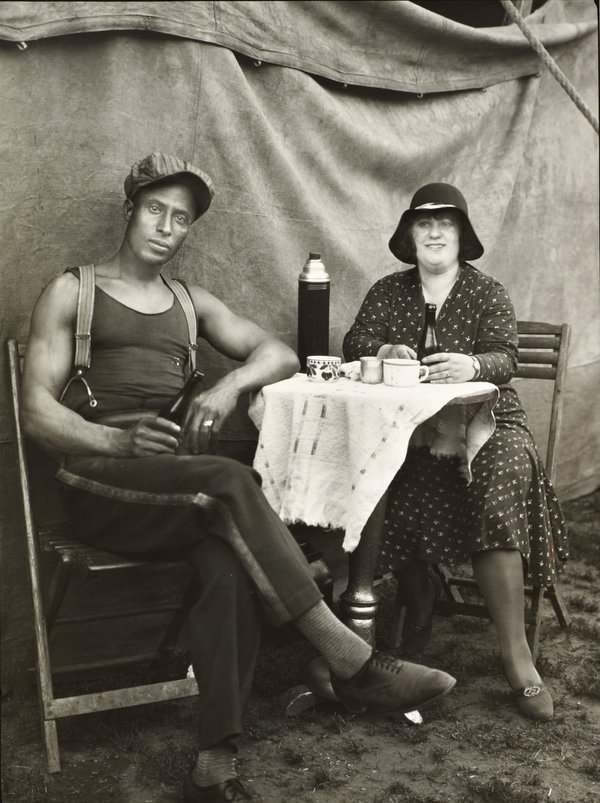 Delve into Portraying a Nation: Germany 1919–1933 with this study day

This study day offers the chance to explore one of the most important and fascinating periods in twentieth-century history through the work of two of Germany’s greatest artists.

If for many in the English-speaking world, the images of Berlin glamour and decadence in the hit musical Cabaret have come to represent the Weimar Republic, then the works of Otto Dix and August Sander offer a rather different set of images. Dix’s often grotesque and deliberately shocking portraits document the savage effects of war and prostitution and satirise the wealthy and influential. By contrast, Sander’s photographic portraits of ordinary Germans can seem mundane, but that contrast offers a clue to their power. The apparent objectivity of the camera lens draws viewers into Sander’s documentation of the social reality of Germany between the two World Wars, inviting them to wonder what became of that overwhelming gallery of ordinary faces. Through lectures, discussions, and direct study of selected works in the exhibition, this study day will set these works in a wider cultural, social, and political context, and at the same time explore the connection between art and politics at this most important cultural and political turning-point. As such, it provides a unique opportunity to understand that historical moment directly through the portraits of those who lived through it and to learn from the artistic vision of those who were trying to make sense of it.