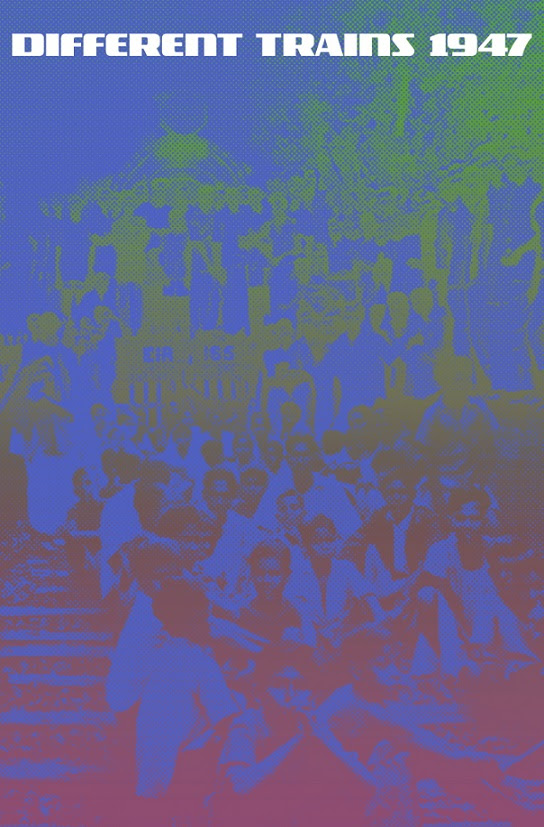 Marking 2017 as the 70th anniversary of Indian independence, artistic laboratory Metal – in partnership with Warp Records, Barbican Centre, and Boiler Room, plus Indian partners Wild City and What About Art? – will present Different Trains 1947.

Different Trains 1947 will be a collaboration between music artists Actress, Jack Barnett (These New Puritans), Indian music producer Sandunes, and filmmakers/artists Iain Forsyth & Jane Pollard, who will perform a new audiovisual composition in response to the events of 1947.

Though the performances will comprise entirely new work, as a primary source of inspiration the composers have considered the conceptual and formal framework of Different Trains (1988) by the genre-defining minimalist composer Steve Reich.

Archival film footage from the period will weave through the performances, along with audio interviews – collected in both India and the UK – from those who lived through this dynamic period of history, as a means of distilling the larger story of Indian independence.

Different Trains 1947 will be premiered in Liverpool as an open air concert at Metal, Edge Hill railway station – the oldest active passenger railway station in the world – on 28th September 2017.

The piece will then be presented at Barbican Hall London (1st October 2017) and Magnetic Fields Festival, within the grounds of a 17th Century palace on the edge of the desert in Rajasthan, India (December 2017), creating a truly epic international showcase for this new commission, with Boiler Room streaming one of the events as a live global broadcast.

Different Trains 1947 is a core project of Arts Council England’s Reimagine India fund, with British Council as Digital Partner, plus additional support from Northern Rail and Film Hub North West Central – proud to be a member of the BFI Film Audience Network.