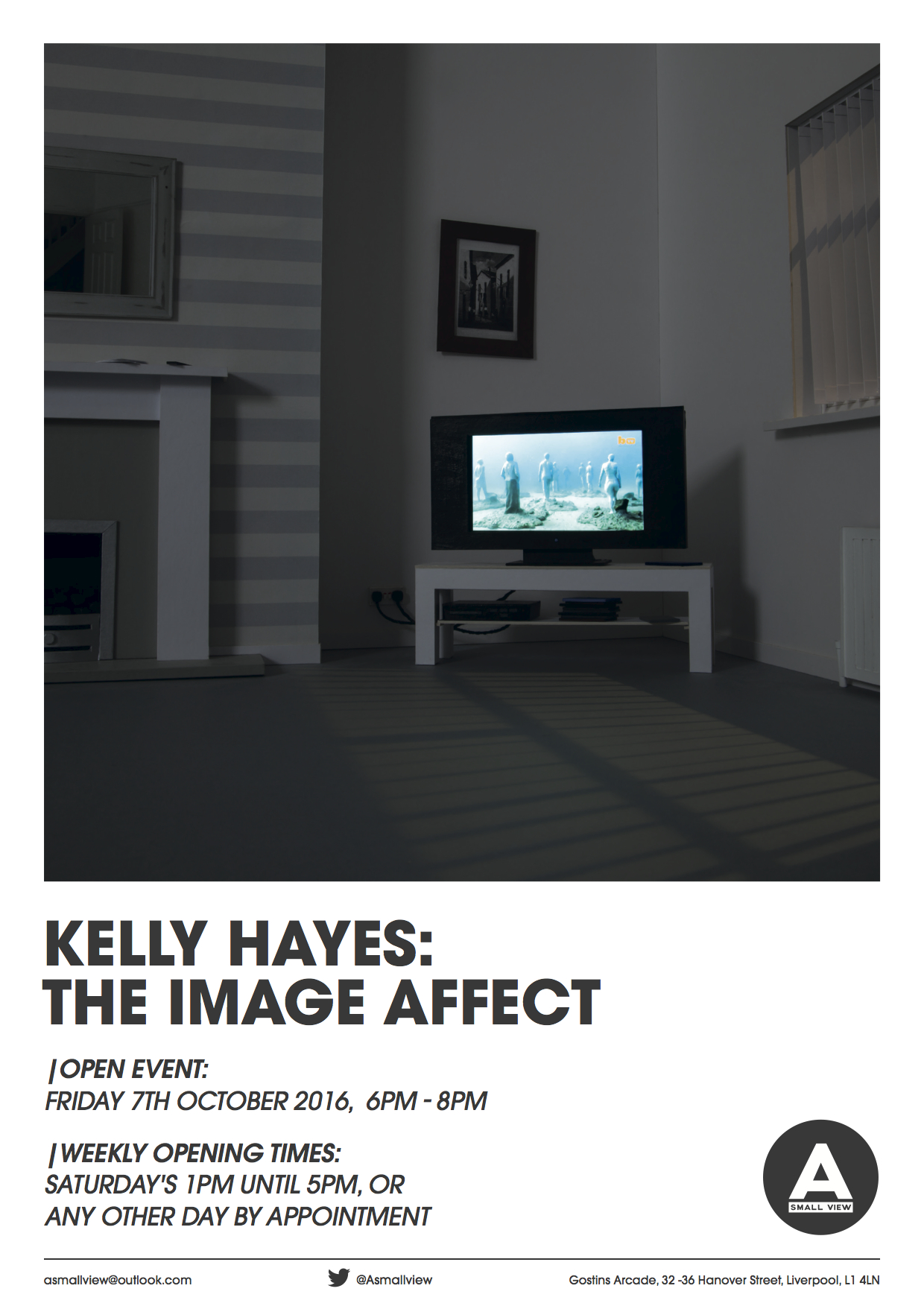 An exhibition by Kelly Hayes

In the years since their invention photography and the moving image have become an integral part of how we perceive and evaluate the visible world. This is made evident through our visual understanding and knowledge of distant places, objects and people, despite never experiencing them outside of a two-dimensional representation. The Image Affect explores how our willingness to accept such imagery as an authentic way of perceiving the world has led to a breaking down of the boundaries between the real world and the reproduction of it, between truth and fiction. Photographic imagery is generally taken at face value, in that we do not tend to concern ourselves with wondering about the construction of the photograph or film.

Our attention is focused upon what we see rather than what we don’t see, the common consensus being that which looks realistic is regarded as real. This can be considered as problematic in a generation full of technologically produced representations, especially when those representations are considered as authentic, and yet, so easily manipulated and altered. With the aim of questioning the reproducibility of the visible world through the means of photography and film, the work attempts to confront and therefore challenge our normal ways of seeing imagery by examining how we perceive reality represented on a two-dimensional surface. The work takes the shape of a series of hand-made models that depict domestic interiors. More specifically, the interior of a fictional house that was purposely created out of the crossing back and forth between the domains of two-
dimensional and three-dimensional space.

The presentation of the models through both photography and film should play a key role in challenging the viewer’s interpretation of the image they see, by offering two vastly different perspectives of the same model the work aims to highlight the falsity within two-dimensional representations. The photographs aim to manipulate the boundaries between appearance and truth; the viewer has to be willing to look more closely, to question and to see the discrepancies within the scene. The moving image should work in the opposite way becoming a tool of interrogation and exploration; every detail is exposed ultimately revealing the true content of the imagery. The collaboration between the moving image and the photographs should ask us to think again about the authenticity of what we see, or at least what we think we see. To look beyond the realistic appearance and be mindful of the fact that all imagery is merely a construction, vulnerable to a significant amount of perceptual influence and manipulation.