Rathbone Studio: Behind the scenes of Birkenhead’s Della Robbia pottery 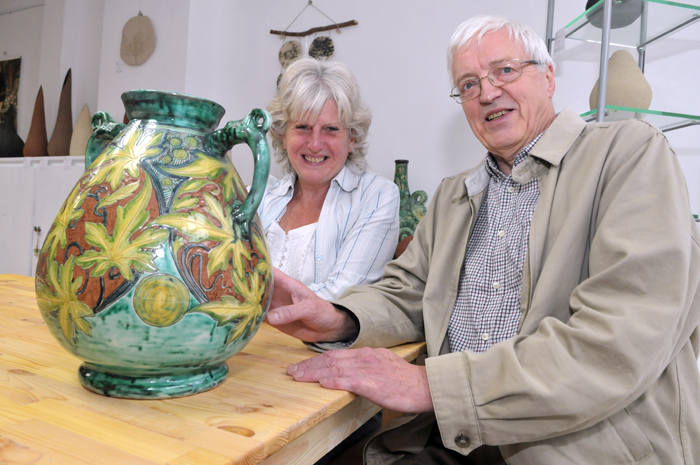 Rathbone Studio: Behind the scenes of Birkenhead’s Della Robbia pottery

The Rathbone Studio is to host a talk by historian and Della Robbia expert Peter Hyland.

Peter’s talk will be a real insight into one of the most productive artists of the Della Robbia pottery, who lived in Birkenhead and worked at the pottery for most of time it was in business.

Peter Hyland says “The illustrated talk will describe the life and career, and many ups and downs, of one of the most prolific and inventive artists at the Della Robbia Pottery based on his frank memoirs and including one or two details previously unpublished.”

The Della Robbia pottery was opened in 1894 by Harold Rathbone and he employed many people who would otherwise have found difficulty in getting employment. He encouraged his workers to be artistic and create their own designs, because of this the diversity and range of pottery produced is vast.

The Della Robbia pottery’s design and sculptural workshops were on the site of the Rathbone Studio which is again a pottery and gallery. The main part of the Della Robbia pottery was round the corner at 2a Price Street, where the kiln was housed. It must have been an unusual sight to see the pots being carried on boards from one building to the other for the different procedures to be completed.

Janet Holmes who is a potter and runs the Rathbone Studio says, “I first met Peter Hyland when he was researching his wonderful book ‘Della Robbia’ and am thrilled that the Rathbone Studio is included in this marvellous book. His talks and the book are a fascinating account of the ‘behind the scenes’ of the pottery”.

Anyone who wishes to bring their own piece of Della Robbia will also be treated to the story behind their ware.