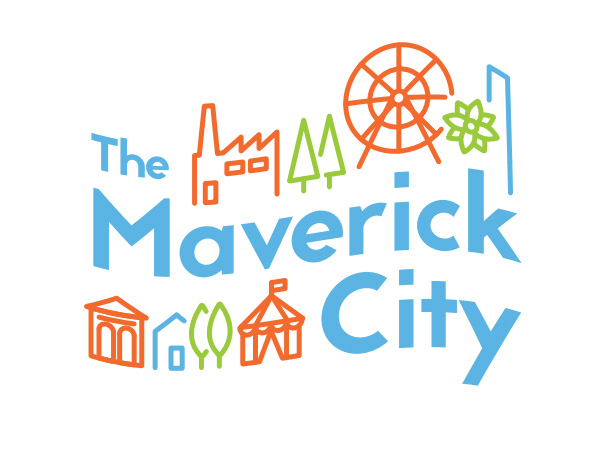 A one day Cultural Symposium to begin this summer’s Flyover Takeover Festival brings together artists, designers and activists working on community projects and in public spaces across Europe.

With a Dutch community bakery, a radical grass roots model for self-build towns, the digital tools in place-making and social activism, the Flyover itself and a project creating greater visibility for community projects in Rio, The Maverick City invites people delivering projects and provocations in communities to explore great case studies, inspire each other and develop their projects.

The idea for the symposium is set against a changing economic backdrop worldwide. Questions of community and place-making are becoming urgent, with dwindling civic finances making it harder to both create and maintain public spaces. Post-recession, widening socio-economic divides, the crises of migration and increasing homelessness have left communities exploring ways to redefine their neighbourhoods. In Liverpool, The Flyover itself is a public provocation about turning a proposed demolition site into an elevated urban  park and community and cultural space.

The Maverick City is the first event in a summer long takeover of the Flyover. Over six days from June to September, a summer festival welcomes artists, musicians, dancers, walkers, rider and food makers for a festival of culture and community on the urban flyover.

The Maverick City is held on Friday 24 June 2016 at Liverpool Playhouse Studio in Williamson Square.

You can buy tickets online at:
https://www.eventbrite.co.uk/e/the-maverick-city-symposium-tickets-25994672766

In the Netherlands, 400,000 loaves of stale bread are trashed each day. In Kolenkitbuurt, West Amsterdam, 4 of these loaves per day power a community kitchen. Here, the community bake and break bread together.  Roel combined his technical product design skills with his beliefs in community to realise this inspiring project.

For the past two years, Julia has established a close relationship with Bathore, an informal settlement on the fringes of Tirana. What has emerged is clearly a radical grass roots model for development, yet the global conditions that gave rise to Bathore are equally its threat.  Citing Protohome , a community self-build project in Newcastle, Julia will explore learning from Bathore in the context of the UK.

Ale González – WWB.cc; Spain & UK – Digital tools for community empowerment
Ale is an architect, programmer and digital artist. His work with wwb, an Andalusian cooperative, utilises commons based software platforms, developing tools that assist collective empowerment. For the symposium, Ale will explore the role of digital tools in place-making and social activism.

Kate Stewart – We Make Places; Liverpool, UK – Rio Visivel – giving voice to the unseen people of Rio
Kate is one of the founding ‘Friends of the Flyover’ and Development Director of We Make Places CIC, enabling and empowering communities to take control of spaces and places in their communities. Kate will speak of her recent participative art project in Rio de Janiero, as part of Lab Criativo, using positive narrative to give voice to unseen communities and minorities. As diverse communities in a global context, what can we learn from one another?

Evert Verhagen; Creative Cities – Netherlands – Westergasfabriek Culture Park
Between 1990-2005, as project manager for Amsterdam’s Westergasfabriek, a community park on a significant brownfield site,  Evert drove a commissioning process with community input at its core. Evert works as a strategist with other cities across the globe, assisting in transformation.  Reflecting on Westergasfabriek, Evert will offer his thoughts on transformation in the current context.