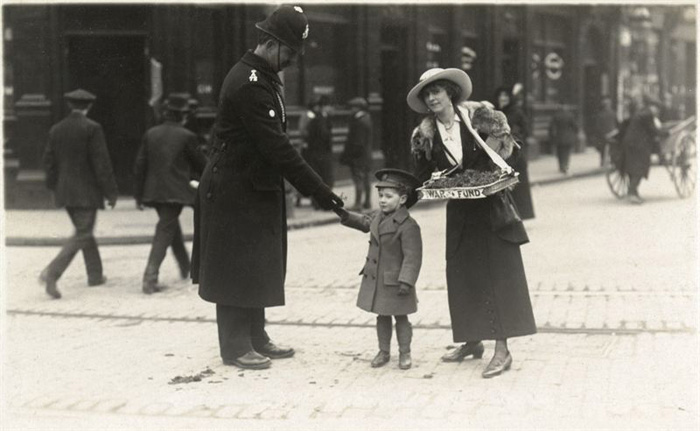 The exhibition explores the many charity organisations established at the time through photographs, oral histories and case studies.

It is part of a series of exhibitions, events and displays being held at the Museum for the centenary period of the First World War.

The exhibition opens ahead of the 100 year anniversary of the First Day of the Somme (1 July 1916), when the British Army suffered its worst single day of casualties. The 20,000 British servicemen who lost their lives are well documented and remembered in numerous memorials. However less is known about the 40,000 men who survived but suffered terrible injuries and trauma. Due to rapidly progressing medical and technological advances, men who would have died in earlier conflicts, survived the First World War. Government and society therefore had to learn quickly how to deal with a generation of both mentally and physically wounded people.

The exhibition also considers the essential role charitable organisations continue to provide today for those who have a connection to the Armed Forces.

Karen O’Rourke, Curator of Urban and Military History said: “The First World War had a massive impact on British society. Dealing with men and their families, who were coming to terms with debilitating physical injuries was only part of the problem. The other significant issue was shell shock and other mental health issues, which were widespread and of which there was very little understanding.

“With a particular focus on Liverpool, our exhibition examines how these charities paved the way for better support for ex-servicemen, something which continues to be relevant today.”

There are a number of charities featured in the exhibition; in particular Soldiers, Sailors and Airmen Families Association (SSAFA), the Royal British Legion and Blind Veterans UK are highlighted.

As part of the wider project Museum of Liverpool’s House of Memories, an award-winning training programme for carers of people living with dementia, recently held bespoke sessions for those caring for ex servicemen and women. In addition three memory suitcases, made specifically for the Veterans of the Army, Navy and the Royal Air force are now available for carers to borrow.

Permanent displays at Museum of Liverpool pay homage to the many servicemen and women – in particular members of the King’s Regiment – who played such an important role in the War. The displays From Waterfront to Western Front and the City Soldiers Gallery look into Liverpool soldiers’ experiences on the Front Line.