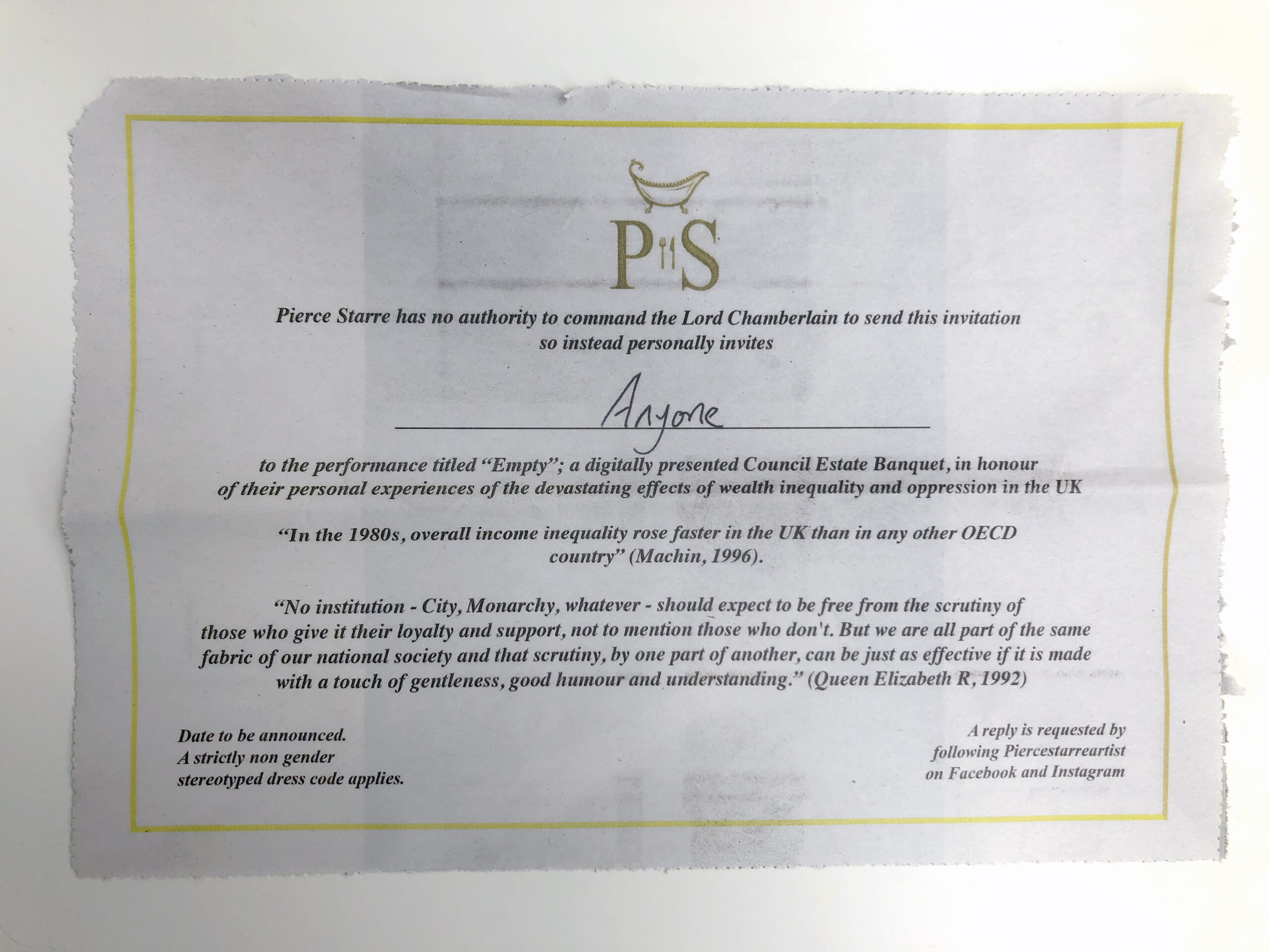 ‘Scrutiny’ is an 8 minute piece that explores inequality within the framework of Pierce’s own lived experience. The work combines symbolism of regality and abundance with the reality of domestic life and poverty; the act of eating gravy comes from the meal Pierce’s family served when they were struggling to make ends meet. The soundtrack deconstructs Handel’s ‘Zardok the Priest’, the Queen’s coronation anthem.

Scrutiny combines symbolism of regality and abundance with the reality of domestic life and poverty. The soundtrack, created by Daz Disley, deconstructs Handel’s ‘Zardok the Priest’, the Queen’s coronation anthem. The Queen’s Ruby Jubilee state banquet of 1992 is playfully re-interpreted into a ’council estate banquet’.

The celebrations at the time were relatively low profile after the Queen acknowledged public perception for the royals was at an all time low, leading her to acknowledge in her speech that ‘we are all part of the same fabric of our national society and that scrutiny, by one part of another, can be just as effective if it is made with a touch of gentleness, good humour and understanding’. 1992 was also four years in to the Section 28 period of law which prohibited the ‘promotion of homosexuality’ by local authorities. The red dress in this performance, made by Pierce’s partner, represents a dress that Pierce was prohibited from wearing at school, a possible result of this law.

The performance will be followed by a filmed interview between Pierce Starre and the Director of Independents Biennial 2021 Patrick Kirk-Smith.