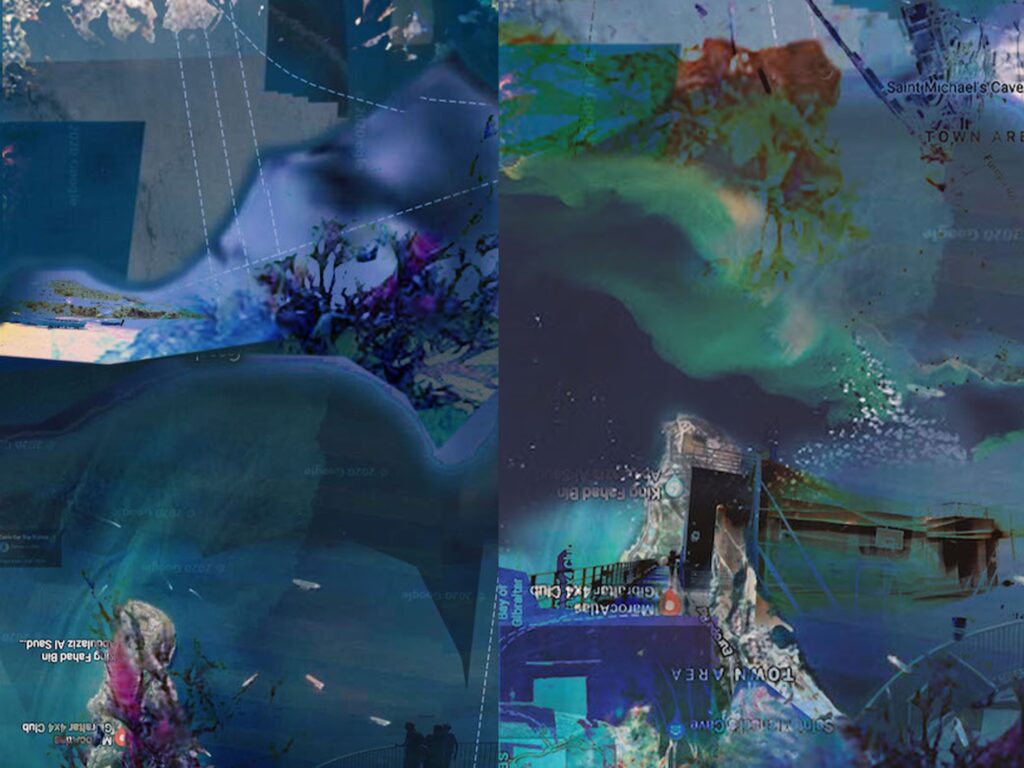 Jessica El Mal’s project Grounds for Concern questions the concept of land ownership and the true boundaries that are enforced by human-made borders.

An installation on the outside wall of Open Eye Gallery at Mann Island Atrium consists of two hanging digital collages. Printed on chiffon, these collages depict the Strait of Gibraltar – an incredibly significant frontier and trade route between Europe, Africa and the Middle East. Today, the Strait is a notable passage for migrants from Africa headed to the EU, which has led to its current status as one of the most heavily surveilled areas in Europe.

While countries fight over this border and its tax regulation, spending millions to police human migration, a tiny organism, the Rugulopterix okamurae algae, has been able to infiltrate undetected. It is a specific type of algae that has migrated to the Strait from Asia, impacting the ecology and tourism in southern Spain.

El Mal’s appropriation and disruption of the satellite imagery subverts its primary functions to observe and monitor. Embedded with the presence of an ungovernable living organism, Grounds for Concern acts as a testament to the inability, and violence, of policing land.

In partnership with Open Eye Gallery and Bluecoat.

Please visit arabartsfestival.com for a programme of accompanying events related to the project