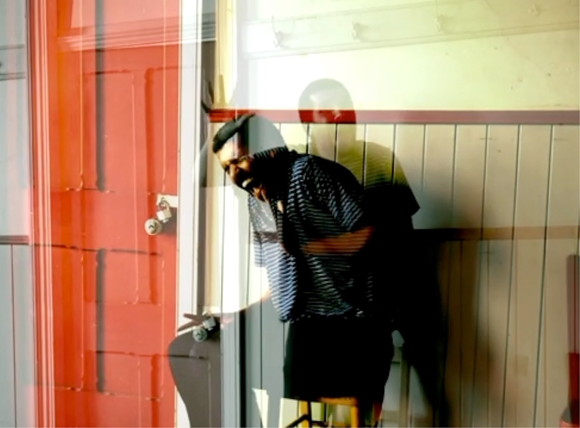 The Bluecoat welcomes acclaimed dance artist, teacher and choreographer, Seke Chimutengwende, for a week-long residency in July as part of his research for an upcoming group choreography piece. His latest work explores the theme of hauntings, researching tales of ghosts and haunted houses which serve as metaphors for the legacies of slavery and colonialism and how they continuously haunt the present.

As part of the residency, the Bluecoat will host an online conversation with Seke to discuss his work on Wednesday 14 July at 6pm.

Chimutengwende’s residency at the Bluecoat is particularly poignant because of the building’s colonial roots and links to the slave trade. The Bluecoat is Liverpool’s oldest city centre building, founded in 1716 as an orphanage and charity school by merchant Bryan Blundell. Blundell profited from the transatlantic slave trade and goods that it enabled, such as cotton, sugar and tobacco. These histories have been interrogated by artists over the decades including Keith Piper and Elaine Mitchener. The Bluecoat remains committed to making research into the origins of the building and its colonial past public, exploring stories about slavery, migration, diaspora, independence, race and identity.

Chimutengwende has been making choreographies since 2011, including The Time Travel Piece, a semi-finalist for The Place Prize 2012, and Black Holes, a collaboration with Alexandrina Hemsley, which was selected for The British Council’s Edinburgh Showcase 2019.

Seke Chimutengwende says of the residency:

“I’m particularly interested to come to Bluecoat at this stage in researching the work due to Liverpool’s significant role in the history of the transatlantic slave trade. It feels important to come to places that are haunted by that history, and to let that inform the work. I’m also interested in presenting my choreographic work in visual art contexts in the future, so Bluecoat is a great place to start thinking about that.”

Chimutengwende will be at the Bluecoat from 12th – 16th July. He will be joined by a group of 5 dancers – Natifah White, Rose Sall Sao, Rhys Dennis, Alethia Antonia, and Adrienne Ming – as well as dramaturg Charlie Ashwell for collaborative research time.

Marie-Anne, Head of Programme at the Bluecoat says:

“I’m delighted that Seke Chimutengwende is spending time with us this summer. His research will deeply connect with the colonial legacies of our building and the wider histories of Liverpool while opening up new ways to explore them”.

As part of the wider project across June – August 2021 Seke will be undertaking residencies at the Bluecoat, Dance4, Newstead Abbey and The Place, funded by ACE Project Grants. Previous research residencies have taken place at Battersea Arts Centre, The Place (Choreodrome), Wainsgate Dances and Chats Palace during 2019 & 2020.

The Bluecoat will host a live online event with Seke Chimutengwende on Wednesday 14 July at 6pm. Seke will be in conversation with the Bluecoat’s Head of Programme Marie-Anne McQuay to discuss his research into hauntings & colonial histories as well as earlier projects including the rise & fall of a mythical performer Plastic Soul and imagined landscapes & Afrofuturism Black Holes. The Bluecoat will share the artist’s current research reading and viewing list online if viewers would like to read or watch along.

Book onto the Zoom event via Eventbrite.