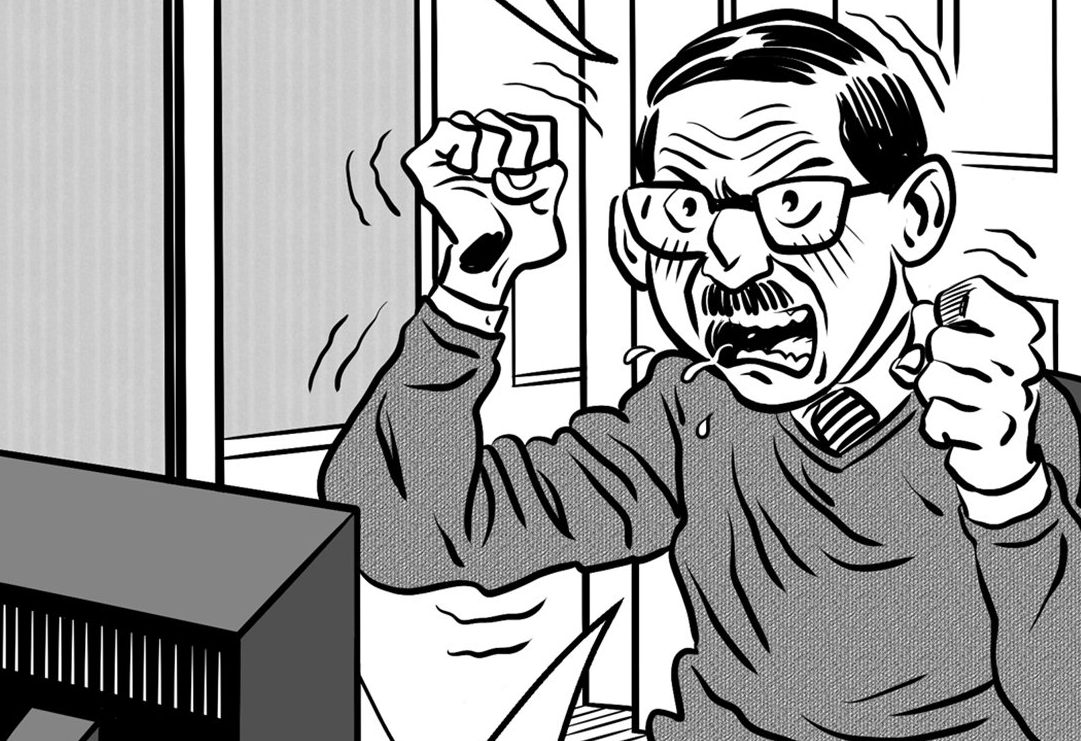 Utilising film, performance and interviews, the show is called Male Online: Who Is To Blame 2016? The event takes a look at the recent news, including Brexit, all through the eyes of the satirical character, whose obsession with right-wing online news has skewered his beliefs. He sits behind his computer raging at the world while his wife Beryl provides a pained voice of reason.

The Male Online started as a comic in Viz before finding a wide audience on Twitter with fresh versions of the strip matching world events of the day.

The show comes after a recent tour of Drunken Bakers, the 2006 produced Mark Leckey film of the writer’s notorious Viz comic strip.  Barney works with artist Lee Healey to create the comics.

Barney said: “I’m hoping this event will give Liverpool’s many Trots a chance to rage impotent and then have the Male Online pour scorn on their snowflakery.”

The new show is being held at Liverpool Small Cinema on December 18th. Doors 5pm, show starts at 5.30pm, Tickets cost £6 /5 with a donation of proceeds going to Yummy’s attempt to feed 300 people living in poverty in Liverpool on Christmas Day.