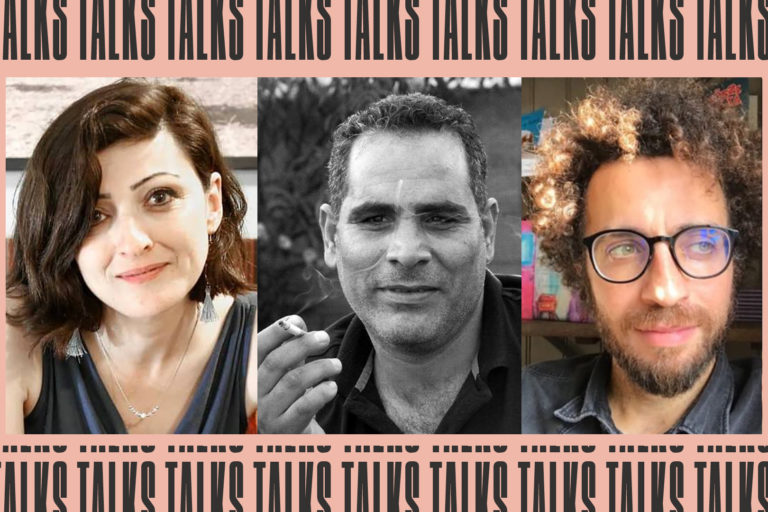 LiteratureWatch Online
Sign up here to receive the link

In Association with Comma Press.

Writing about life in a city can be a rich and fulfilling experience. It ties you to a place, where what you write can shape both your identity and how other people spend their days. It gives you ownership.

Yet, when we talk about Palestine, when we think of words written about Gaza, Ramallah and East Jerusalem, there is an added layer of friction. Palestine is a physical place, but one with a global identity, which changes whether you are ‘inside’ or ‘outside’.

In this unique event, we gather three writers to explore the challenge of writing about the Palestinian city, both in fact and fiction. How do you decide where to set your story, how do you build you ‘nameless’ city? How does Palestine’s vast diaspora impact on this writing?

Chaired by Ra Page from Comma Press, Writing the Palestinian City will be a passionate and reflective discussion exploring the fundamental partnership between identity and the written word.

Maya Abu Al-Hayat is a Beirut-born Palestinian novelist and poet living in Jerusalem, and working in Ramallah. She has published two poetry books, numerous children’s stories and three novels, including her latest No One Knows His Blood Type (Dar Al-Adab, 2013). She is the director of the Palestine Writing Workshop, an institution that seeks to encourage reading in Palestinian communities through creative writing projects and storytelling with children and teachers. She contributed to, and wrote a forward for A Bird is Not a Stone: An Anthology of Contemporary Palestinian Poetry, and is editor and contributor to the Comma’s forthcoming The Book of Ramallah (2021).

Talal Abu Shawish (born 1967) is Assistant Director of the Boys Preparatory School for Refugees in Gaza. He has published three short story collections – The Rest are Not For Sale, The Assassination of a Painting (2010) and Goodbye, Dear Prophets (2011) – as well as four novels: We Deserve a Better Death (2012), Middle Eastern Nightmares (2013), Seasons of Love and Blood (2014), and Urban House (2018). His work has won three awards (the Ministry of Youth and Sports’ Short Story Competition in 1996 and 1997, and the Italian Sea That Connects Award, 1998). Shawish was President of the Association of New Prospects for Community Development, 2007- 2011, and is a member of the Palestinian Writers Union. He was born in Nuseirat Refugee Camp. Until they had to flee in 1948, his father lived in the town of Beer el Sabea, and his mother in the village of Barqa. His short stories have appeared in Comma’s The Book of Gaza and Palestine + 100.

Mazen Maarouf (born 1978) is a writer, poet, translator and journalist. Maarouf holds a bachelor degree in General Chemistry from the Lebanese University (Faculty of Sciences). He has published two collections of short stories Jokes for the Gunmen (translated into English by Jonathan Wright, and winner of the inaugural Al-Multaqa Prize for the Arabic Short Story), and Rats that Licked the Karate Champion’s Ear. He has also published three collections of poetry: The Camera Doesn’t Capture Birds, Our Grief Resembles Bread and An Angel Suspended On a Clothesline (2012). He also works as a translator into Arabic. In 1948 all four of his grandparents (as well as his father who was six years old at the time) fled the village of Deir Al Qasi in the mountains of Galilee and travelled on foot to Lebanon. His parents lived in Tel El-Zaatar refugee camp until the late seventies when they had to flee again at the start of the Lebanese civil war.

Comma Press is a not-for-profit publisher specialising in the short story and fiction in translation. It is committed to a spirit of risk-taking, and aims to put the short story at the heart of contemporary narrative culture.