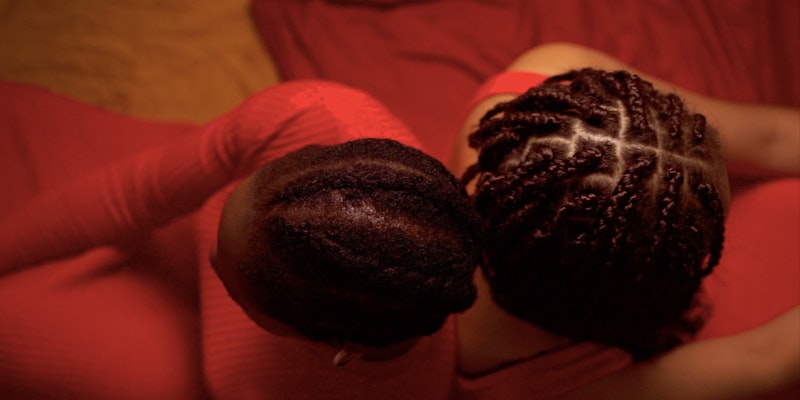 BlackFest 2021Film presents: Screenings of ‘Same But Different’ by Anniwaa Buachie and ‘In Search of a White Identity by Cliffordkuju Henry

In Search of a White Identity

In Search of a White Identity interrogates race, class and masculinity. Patrick and Mickey grew up together, but now find themselves on opposing sides. Detained in the same police cell having been arrested at the same protest, two men are forced to face the complexity of their upbringing.

Originally part of The Actors Centre’s Working Class Season curated by Actor Awareness in 2019, the piece has been re-envisioned in the light of 2020, and casts a prophetic eye over the urgent matters of today.

Equality is for everyone. However, black and brown voices will say experiences of class and race are different, and acknowledge they intersect very intimately.

The screening will be followed by debate, discussion and dialogue, and – particularly in Liverpool – this could not be a more needed, timely and important conversation to have, where there is a melting pot of economic disadvantage and deprivation.

Earlier in the year the government announced its white working class under achievement report, leading to what MPS claimed will be ‘a proper targeted approach to reverse the outcomes of a long forgotten disadvantaged group’.

Halima Begum, Director of the Race Equality thinktank, The Runnymede Trust, wrote a full article on how white working class were being pitted against ethnic minority groups.

“Keep telling the white working class that they’re the victims of inequality, but fail to rectify the underlying structural problems, and frustration will legitimately spread. It’s time for this government to move beyond the rhetoric of levelling up, to invest in education, towns and new industries across the entire UK. Only then can the multi-ethnic working class even begin to believe Liz Truss’s claim that “equality is for everyone” wrote in The Guardian.

SUMMARY: There are many nuances to the black identity but only a few come to light. This has been shaped by the entertainment industry, the media. Hollywood has filtered our perception of what a black woman looks like, what she thinks, and feels. For some women, this has opened the gateway into a community that may have been distant and unattainable, but for others, this has muted their stories and created a new narrative that is rendering their perspectives, to the point of extinction. This film documents a conversation between a mixed-race woman and an African-Black woman, exploring and highlighting their similarities and differences. Ultimately there cannot be a change for or within the black community until we acknowledge ALL of those who feel invisible and marginalised, only then can change happen inside and out.

FILMMAKER: A multi-hyphenate, Anniwaa Buachie is a Ghanaian-British award-winning actress, filmmaker, and writer working globally, who trained at the British method acting school, East 15. She portrayed “Eka” on the TV series Survivor’s Remorse on STARZ, opposite the renowned Tichina Arnold, Teyonah Parris, and Erica Ash. Anniwaa is also known for her role in the British feature film Aux, starring alongside John Rhys-Davies and appeared in the long-running BBC series Holby City. A recipient of the Alan Bates Award and New York International Film Festival Award, her roots stem from the UK theatre scene, where she was artistic director and founder of Golden Delilah, an innovative theatre company that curated new writing that promoted strong female roles. She has worked extensively on stages in London and internationally, performing at prominent venues such as The Public Theater, The Old Vic, Young Vic, and the National Theatre of Ghana. As a storyteller, her work explores the complicated relationship between Africa and Great Britain. This year, she was commissioned by BAFTA-nominated British production company Kandu Arts to write, direct, and produce short films. Meanwhile, she has been in development with an Oscar-nominated production company for the limited series she co-created, Uproot.

The screening will be followed by a post-show discussion on the themes of the film, including: Gender, Colourism, Identity, Misogyny, Racism, Beauty, Colonialism