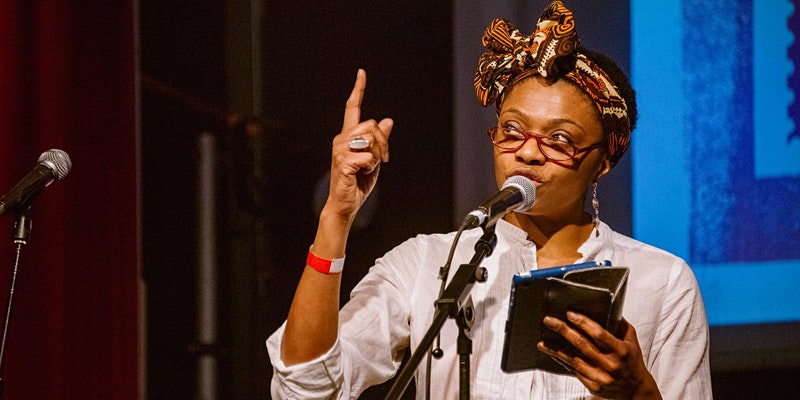 Join exciting panellists as we continue the dialogue on inclusion and diversity from UK nationwide perspective with our amazing line up.

A poet and performer who uses song, movement and global influences as a jump-off for her words.

Zena has been involved in performance for 27 years – as a writer/poet performer, facilitator, creative project developer and vocalist after graduating from Middlesex University. She studied storytelling and performance at The London International School for Performing Arts and is published in several anthologies including Margaret Busby’s Daughters of Africa(Myriad Editions), Dance the Guns to Silence (Flippedeye publishing), and Nights Of Dispossessed: Riots Unbound (Columbia Books).

Zena has 20 years of mentoring experience with young and emerging artists in professional arts development and creative campaigning for social justice. She is a passionate advocate for climate and environmental justice, decolonisation, race and power and she is currently lead artist for diversity and inclusion for the Culture Declares Emergency Movement.

She is founder and creative director of Verse in Dialog – an arts and engagement social enterprise that champions arts that serve through decolonisation, climate and environmental justice, and personal and community well-being. . http://www.zenaedwards.com

Buster Nugent, 62, from Toxteth began the demonstration last Sunday in the aftermath of the horrific death of George Floyd in the US to highlight the traumatic effects of racism. Buster, who has stood outside the main park gates every day for the past week holding the sign told the ECHO: “I am here just to say that ‘black men are not okay.’

Finishing the panel off local Liverpool Michelle Walker Akoma Arts active community member and visual artist. She is a socially engaged artist, activist and videographer. Her practice combines photography and design to create digital works on positive images of everyday life that take inspiration from people, places and symbols within African History and Culture.