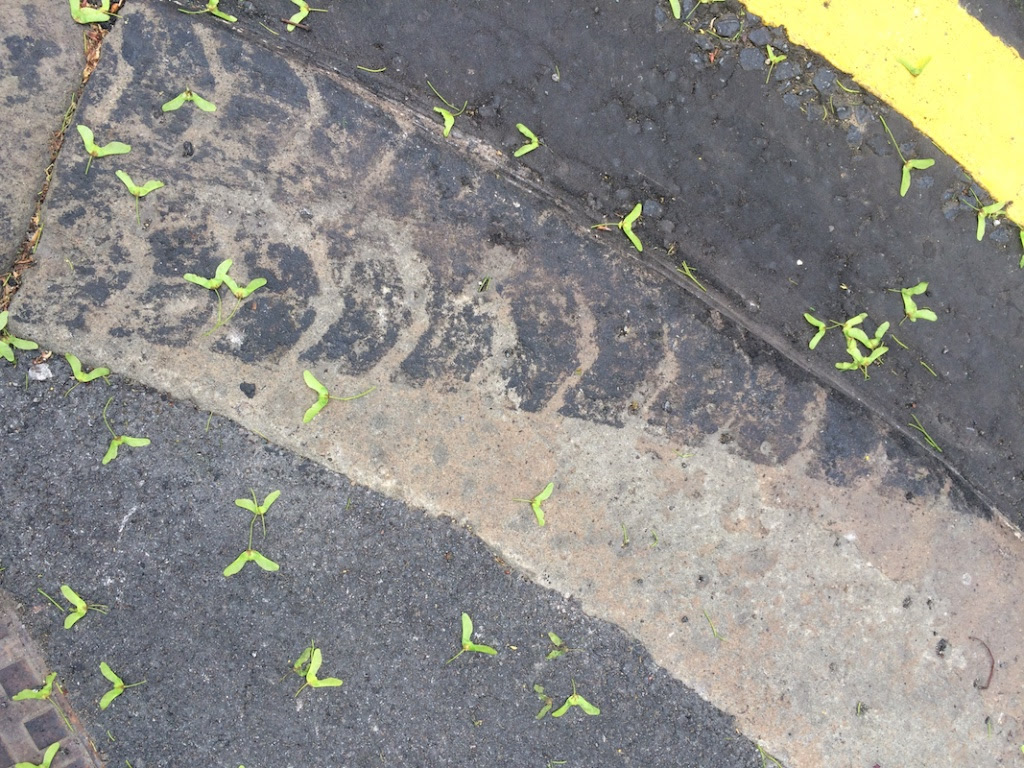 A JCB struggles to pave the road with railway sleepers, presumably to protect the brittle asphalt from its enormous weight. With great difficulty, its long overbearing claws attempts to grab a sleeper and push it into alignment. The machine seems too giant, too colossal for the job at hand. A site manager attempts to aid in the process with hand signals, but appears to have little impact. A flatbed lorry enters with an overwhelming load of unbalanced steel girders. Balanced perilously, some lay on their corners. One leans on the roof of the cabin, all wrapped, held only by the force of the few ratchet straps.

Wandering aimlessly is surely a peaceful pastime; stumbling, wrapping, unwrapping, parachute mine, designed to be detonated at a height rather than on impact to the earth. The shock waves from the explosion are free, uninterrupted by surrounding buildings. Now a green, finely woven debris canvas obstructs our view, tied with matching tie wraps crudely onto a maze of scaffolding. Shielding us from the ruin, it wraps the building to protect us, protecting itself from us, unwrap the building to reveal how it has healed. It allows the circulation of air, some protection from the rain and wind, making an ideal, safe environment.

Layering over the wounds with wounds.

Lighter bricks often indicate replaced stones. Lighter concrete sometimes points to the ‘filling in’ of wounds in the surface of the stone. A bodged repair, filling holes with plaster: a half hearted attempt to cover up. Decapitated buildings. The false brick facade is slowly beginning to peel and tear, merely a few weeks into its completion. It will be patched. Repaired. Covered over with more of the same abundant material it was supposed to be, although it can be replaced, there will always be a scar.