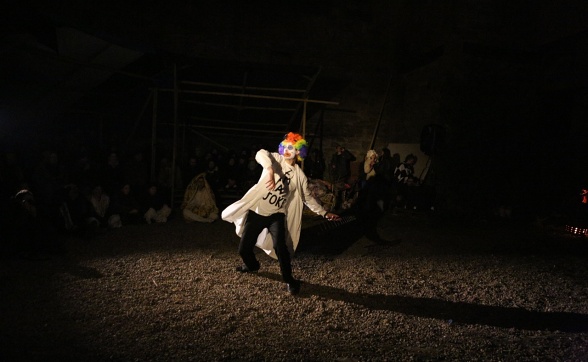 In association with Liverpool Comedy Festival, this performance event combines humour and critical thinking, and considers how comedy can be used as a tool for engagement. Artist David Sherry will perform an interactive comedic set, local stand-up comedian Tony Simpson will perform a set in response to a personal tour of Cains Brewery, and writer and artist Tessa Norton will give a personal talk in response to the Children’s episode entitled Children are the Shock Troops of Gentrification.

David Sherry is a Glasgow-based artist working predominantly in performance. This year he will perform at Manifesta 11 and recent solo exhibitions include: Outpost, Norwich; Summerhall, Edinburgh; Glasgow Museum of Modern Art; and Tramway Project Space, Glasgow.

Tony Simpson is a Liverpool-based comedian, presenter and rally driver. He has performed at venues across the UK.

Tessa Norton is an artist and writer based in London and West Yorkshire. Her work has been featured in Art Licks, Hoax and at The Tetley, Leeds. Recent projects include The Pure Personal Brand Ideology Workshop (Legion TV, London) and Lustre Fabrics (Saltaire Arts Trail).

This event is part of The City is a School, an experimental educational project that involves the Mediation and Volunteer team for Liverpool Biennial 2016. The public programme includes workshops, discussions, performances and film screenings.