Home Bluecoat: In Conversation at the Bluecoat – The Black Magus: Power and Magnificence in Renaissance Europe

Bluecoat: In Conversation at the Bluecoat – The Black Magus: Power and Magnificence in Renaissance Europe 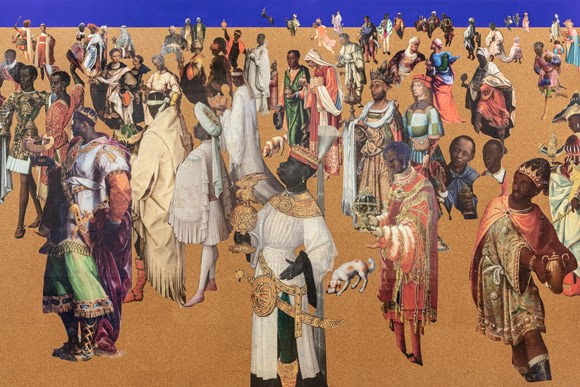 Bluecoat: In Conversation at the Bluecoat – The Black Magus: Power and Magnificence in Renaissance Europe

The Bluecoat is delighted to welcome independent Art and Cultural Historian, Michael Ohajuru on Thursday 9 December at 6pm for an online discussion, Black Magus: Power and Magnificence in Renaissance Europe.

Ohajuru, Senior Fellow at the Institute of Commonwealth Studies, researches, writes and speaks on Black presence in Renaissance Europe. He will present his research into the presence of the Black magus or Black king in art history as part of an illustrated Q&A with Bluecoat’s Head of Programme, Marie-Anne McQuay.

Ohajuru will unpack how the image of the Black magus shifted over time, what he represented and who might have sat for his studies, leaving time for questions from the online audience. The conversation has been devised in response to artist Rosa-Johan Uddoh’s exploration of the Black magus, otherwise known as Balthazar, who shifts from a white European to an African king within depictions of the Nativity.

Rosa-Johan Uddoh’s exhibition Practice Makes Perfect is now showing at the Bluecoat and includes a major new work, a large-scale collage, which investigates the historical figure of Balthazar. According to tradition, Balthazar was one of the three biblical magi and later a saint, who offered the gift of myrrh to Jesus. Depicted since medieval times as a lone black figure in artistic imagery of the Nativity scene or ‘Adoration’, this king is often the first time school children encounter a Black person of importance in a performance.

Historically, Balthazar is also a figure through which white artists and their patrons in Europe first constructed ‘Blackness’. Through her research, with the assistance of Nasra Abdullahi, Uddoh has found and catalogued around 150 historical ‘Balthazars’ featured in ‘Adoration’ paintings made throughout European history. Thinking about the real, Black European sitters for these paintings, Uddoh’s billboard-style collage brings these Black kings together in friendship groups on a long march of solidarity to change the West.

The exhibition commissioned in partnership with Focal Point Gallery is showing at the Bluecoat until 23 January, along with A look inside by US artist Deborah Roberts, and Always Black Never Blue by Liverpool Artist Sumuyya Khader. All three solo exhibitions explore the formation of identity in the 21st Century.