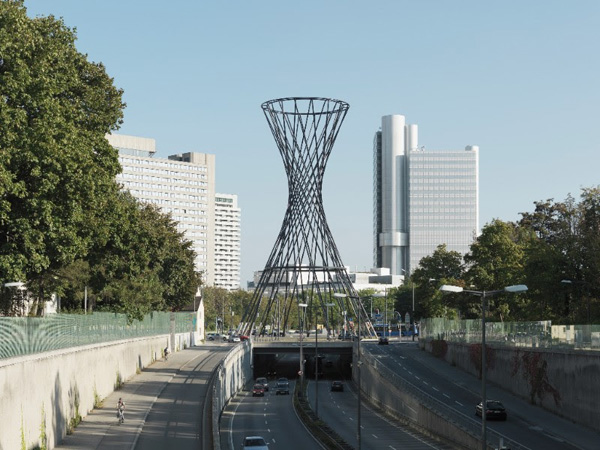 Join some of the artists participating in Liverpool Biennial 2016 to hear them discuss their work, first impressions of the city and plans for this year’s Biennial.

Artists participating in Liverpool Biennial 2016 are invited to co-create a number of episodes, together and with the curatorial faculty, taking a number of scenarios as starting points. Through conversation, Ancient Greece might become Medieval Europe, and a virus might become software. This is the seventh in a series of public conversations that exposes ways of working towards Biennial 2016.

Andreas Angelidakis (b. 1968, Greece) lives in Athens, Greece. Trained as an architect, his multidisciplinary practice often focuses around the internet, and the perceptive and behavioral changes it has brought about. Inspired by the city of Athens, his work often deals with the notion of ruin, be it ancient, contemporary or imaginary. He often starts with an existing building, producing models, films, ruins, installations or alternative histories, blurring fact and fiction, smoothing out the borders between the real and the virtual.

Yin-Ju Chen (b. 1977, Taiwan) lives in Taipei, Taiwan. Chen’s primary medium is video, but her works also include photos, installations and drawings. In the past few years she has focused on the function of power in human society, nationalism, racism, totalitarianism, collective thinking or collective (un)conscious. Her recent projects also engage in the relations between cosmos and human behaviour.

Rita McBride (b.1960, Des Moines, Iowa, USA) lives between Dusseldorf, Germany, and Los Angeles, USA. She studied at Bard College, New York, and later obtained her MFA from the California Institute of the Arts. Since 2003 she has been a professor at the Kunstakademie, Düsseldorf, where she has been the Director since 2013.

Sahej Rahal (b. 1988, Mumbai, India) lives in Mumbai. Rahal’s installations, films and performances are part of an elaborate burgeoning mythology. He creates it by drawing characters from a range of sources, from local legends to science fiction. By bringing these characters and narratives into dialogue with each other, Rahal creates scenarios where indeterminate beings emerge into the everyday, as if from the cracks of our civilization.

Oliver Laric* (b.1981, Austria) lives in Berlin, Germany. Laric’s videos, sculptures and installations look at the productive potential of the copy, the bootleg, and the remix, and examine their role in the formation of both historic and contemporary image cultures. Straddling the liminal spaces between the past and the present, the authentic and the inauthentic, the original and its subsequent reflections and reconfigurations, Laric’s work collapses categories and blurs boundaries in a manner that calls into question their very existence. (*no longer be in attendance)