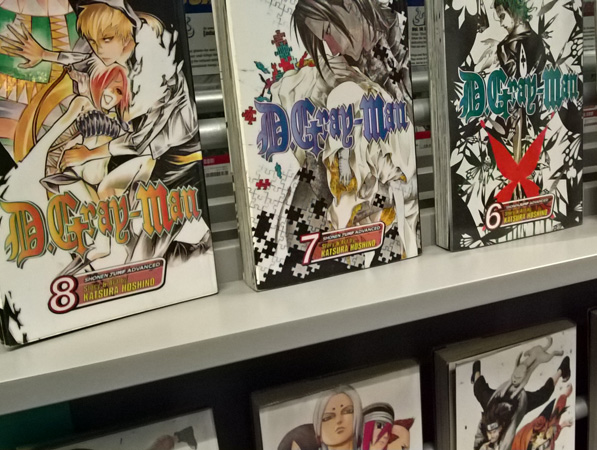 The attention to detail in this exhibition is attributable to the subject. It has so many sensitivities to subject and media that it is impossible not to fall in love with the work. Manga is too often seen as geek art, of the stuff of children’s stories, and that is exactly what this is. Which is what pushes this exhibition to the brilliant heights it reaches. It proves that the skill and near religious belief in the quality of their medium can make this unfortunately parodied style something to truly behold. 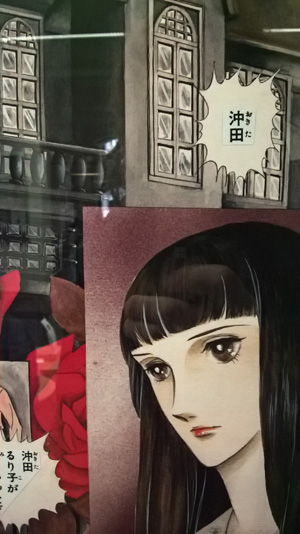 Shojo Manga is most easily translated as ‘girls’ cartoons’, but these stories would appeal to girls and boys alike, bound in books to be cherished, printed on paper to be cared for, and drawn in ink to die for. The quality of materials in the original work is enough to drive an obsession alone, but part of what is most astonishing here is the dedication to reproduction. Most work on the walls are prints, but far beyond the sorts of prints regularly sold in British galleries, these prints are almost more intricate than the original they seek to reproduce.

Post-War cultural shifts provide yet another twist to this exhibition, regardless of whether you’re interested in this comic character-style work. It’s a brilliant introduction to this surreal representation of Japanese culture, and how it was affected by post-war rebuilding of Japanese identity. It is unusual for an exhibition to force a serious desire to know more to the extent that this one manages to. I have read and re-read the statements for this show over and over as they tell a magnificently fascinating story of a cultural shift based on an event we are all too aware of – World War II (bear with me, it starts to make sense).

In Post-War Japan, Shojo Manga regained some footing as a genre for the masses, but regained that footing by representing what was going on in America, telling tales of Northern Europe and American Myth. This has somehow led to the skewing of the Japanese ideal, or at least the ideal that we are to understand if we believe everything we see and read in these works. For work aimed so directly at a Japanese audience, it is so incredibly full of protagonists with very western features. And then take that knowledge and place it in the modern day culmination of Manga; Anime. The re-Americanised American cartoons, produced in Japan, to dominate Western culture. The most famous example of all: Pokémon. Regardless of your age, you will have come across the phenomena in some form at some point. Growing up for me was dominated by it and I, like everybody else, just took it as read. It is mesmerising to see the originator of these animated icons up on the walls, in hand drawn splendour.

The work on display at The Atkinson far surpasses anything we are presented with as comic or cartoon in today’s Britain, and even developed a more intricate style than the American culture that inspired it in the first place. Think of The Beano. Think of how that is produced now, as to thirty/forty years ago. It might have been more authentic then, but it still didn’t reach the heights of what is on offer in terms of Shojo Manga.

Please, please, please, go and visit this exhibition. It is a delighting eye opener that forces us to engage with its intricate production, and imagine the stories that each page represents. If the mood takes you and you have the time, there’s even a library of translated Manga downstairs to help solidify the exhibition experience.