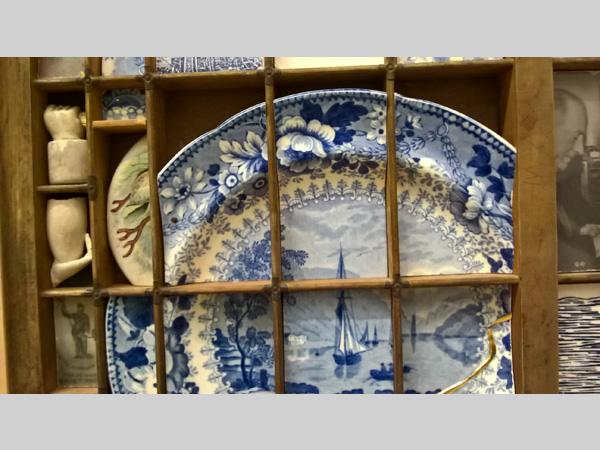 Inspired by Liverpool’s Past by Paul Scott
at The Walker Art Gallery. Thursday 19 November 2015 – Monday 28 March 2016.
Words and photographs by Patrick Kirk-Smith

Paul Scott’s recent exhibition at The Bluecoat Display Centre was a perfect example of the heights that can be reached when an artist is given full reign over an exhibition. Scott’s work, currently on display at The Walker, reaches those heights but for entirely different reasons. This is a display of his work, being everything his work should be, rather than a cornerstone to other works.

What we saw at The Bluecoat Display Centre was an expression of a theme used to unite several artists at once. With that confirmed, Scott’s piece here is simply an expression of an idea; of one solitary project. It is more dedicated, more involved, more readable as a work in its own right. More complete.

Though saying that, complete is probably the wrong word to use, and if you’re already familiar with the artist’s process you’ll understand why. What is presented at The Walker is a beautiful collage of printed ceramics, cut up and re-positioned to tell a new story. To call this collage though is a wild understatement, this is the work of the bricoleur; the creation of new and exciting narratives from something that already existed. Or, the telling of a story that was necessary to be told. Scott plays with histories and tales and the result is this celebration of the weird and wonderful past of a weird and wonderful city.

The work on show has a focus on Liverpool, with two Liver birds wakened from their usual greeting as the centre piece of the collaged ceramic work. The work is an exploration of Liverpool’s history, particularly its colourful ceramics past; a past which is reflected in the surrounding exhibition of the collection which inspired the artist. There is even further inspiration throughout The Walker, which is well worth seeking out. On my own search for Inspired by Liverpool’s Past, I temporarily mistook a piece in the design gallery on the ground floor for Scott’s own collection; so strong are the similarities.

Even down to the casings of these pieced-back-together ceramic pieces this is a considered work, something that Paul Scott must be able to attribute a great deal of his success to. There is a dedication to his materials that leads him to present things in exactly the right way, which is leading me to believe he could present spilled milk with such an appropriate style it would be worth note. His artistry is definitely split between skills and knowledge; between a clear ability to create printed ceramic work, and a consistent desire to create stories out of history, through a dedicated process of re-sampling and re-using.

This depiction of Toxteth Park, Herculaneum and the Liver Birds is a really successful show of what Paul Scott can do when allowed to showcase his incredible skills with the freedom his work deserves. Along with everything else on at The Walker, it’s well worth a visit this weekend. 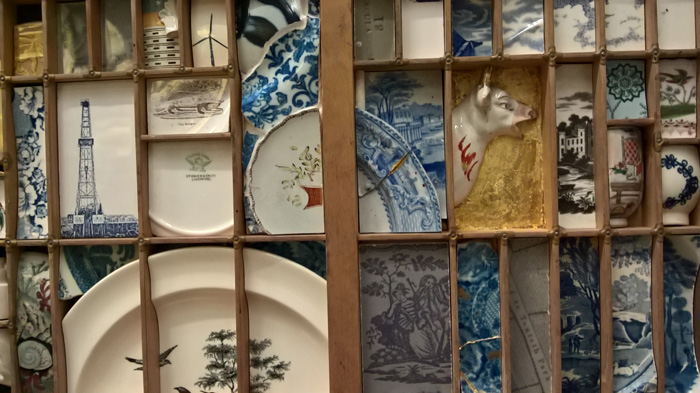