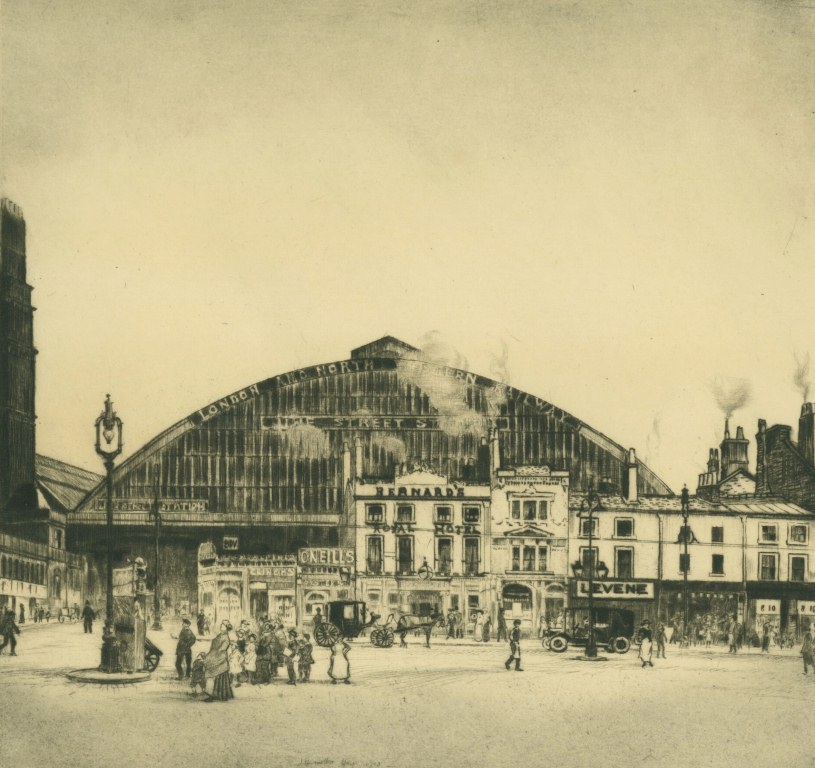 James Hamilton Hay was one of the most significant artists to come from the Liverpool area in the late 19th/early 20th centuries, technically very accomplished but always trying out new things. He was born in 1874, at 98 Bridge Street, Birkenhead. He trained at both the Laird and Liverpool Schools of Art a n d s t u d i e d a n d worked in Cornwall, building a considerable reputation and exhibiting widely, before returning to home turf. He went to Audlem in Cheshire when he married in 1907 but four years later moved to London following his wife’s death. He died in Heswall in 1916.

In 2014, both the Walker Art Gallery and Victoria Gallery in Liverpool presented small displays of Hay’s prints but we held back until 2016, which is the centenary of the artist’s death. In 2010, the Williamson acquired a rare and special painting by his wife, Enid Hay, with assistance from The Art Fund, which will also be on display.