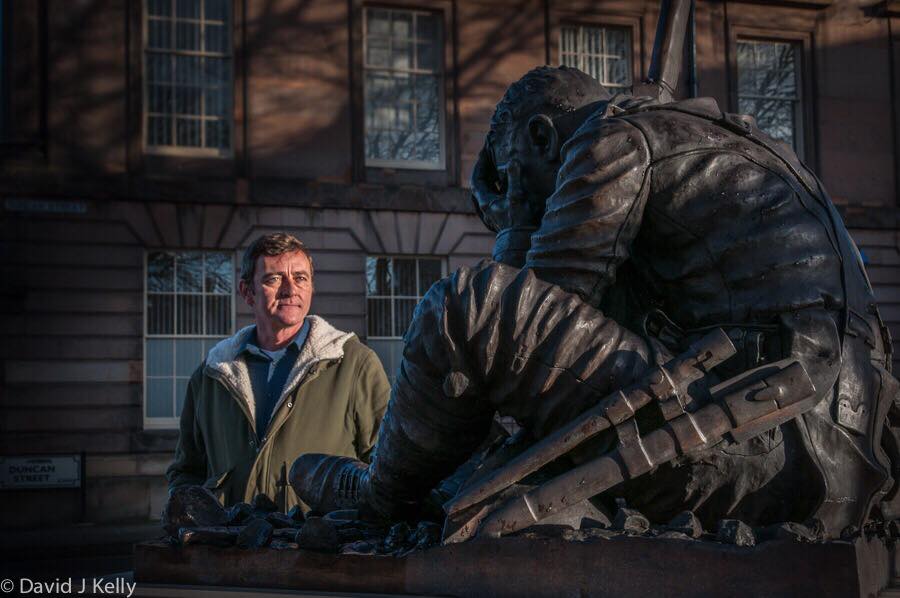 Jim Whelan, the artist responsible for Wirral’s newest and most famous sculpture, will tell the story of its creation along with earlier working models.

Entitled ‘Futility’, and based on the Wilfred Owen poem, the sculpture is dedicated to the Great War poet who fell with 87 other pupils of The Birkenhead Institute in World War One.

The bronze figure depicts a demoralised soldier, and is based on a drawing by the school’s late art teacher David S Jones.

The sculpture came to worldwide attention in January when it was formally dedicated by Prince Harry and Meghan, the Duke and Duchess of Sussex, They chatted to the artist, and Prince Harry was very moved by the depiction of post-traumatic stress disorder, which he had witnessed first-hand.

Jim Whelan also created the Wilfred Owen tribute stained glass window at Birkenhead Central Library. Jim will be speaking and exhibiting his works at a special one-off ‘Pop Up’ exhibition at The Wilfred Owen Story on the anniversary of Owen’s birth, Monday 18th March at 12 noon. Capacity is very limited and advance booking is necessary. Tickets cost £4.00.