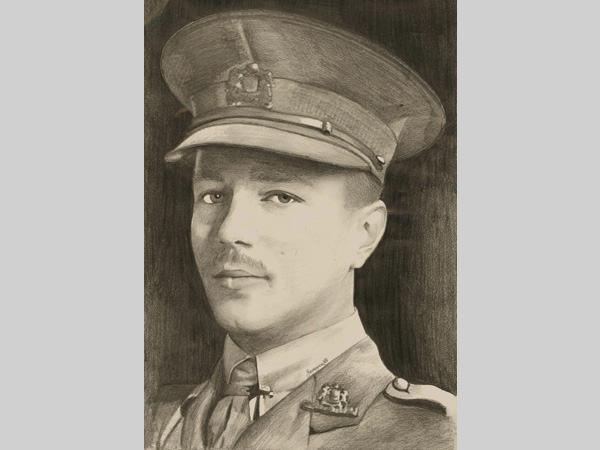 FESTIVAL FOCUSES ON FUTILITY OF WAR IN HONOUR OF WILFRED OWEN

18 March marks 123 years since the birth of Wilfred Owen. To commemorate the Great War poet’s birthday, the Wirral museum dedicated to him is hosting a week-long arts festival focusing on the ‘Futility’ of war in his honour.

Owen spent his formative years in Birkenhead, and The Wilfred Owen Story, which will be celebrating its own fifth birthday, is the only permanent exhibition of its kind in the UK.

The festival, which is the most ambitious ever mounted solely to Wilfred Owen-inspired arts, also includes original sketches by renowned Cornwall artist and Owen expert Sally Ronchetti, ceramic interpretations of Wilfred’s poems by Wirral’s Janet Holmes, and the acclaimed WW1 drawings of Rebecca Grindley. Music is represented by ‘Exposure’, a powerful new soundscape by Irby’s Phil Edwards, commissioned especially for the festival.

Each day there will be talks and readings by volunteers of The Wilfred Owen Story.