Home The Royal Standard: Is This It?

The Royal Standard: Is This It? 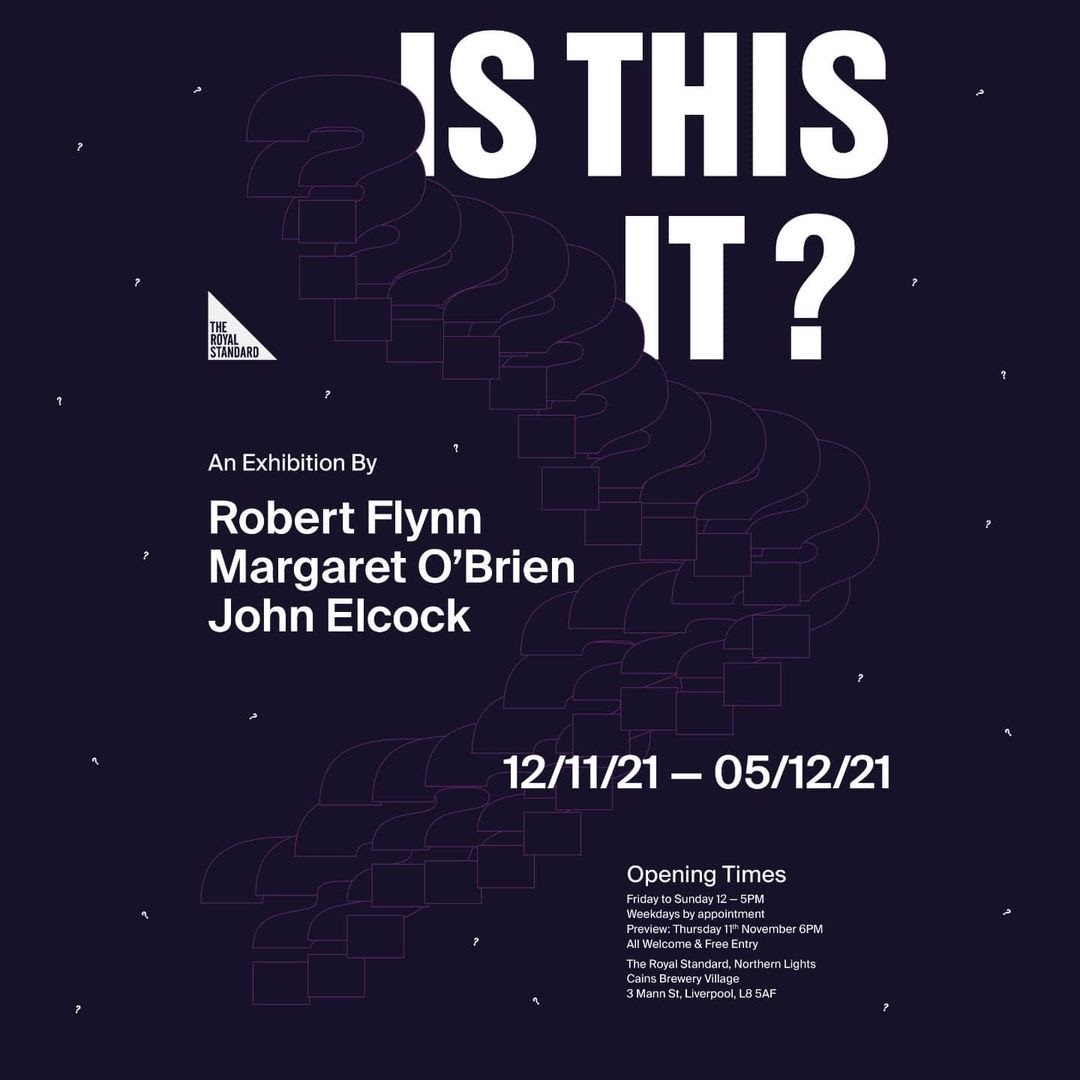 The Royal Standard: Is This It?

Artists present work at the boundaries of space and time, in a new multi-disciplinary exhibition negotiating the limits of physics, metaphysics and questions of scale.

Three contemporary artists from Liverpool and Dublin to respond to the simple question ‘Is This It?’ in a new show by Robert Flynn, Margaret O’Brien and John Elcock at The Royal Standard. Their response to possibly the ultimate question for human civilisation uses space and time as a starting point for a joint exhibition of large scale works, featuring static electricity, found objects and video projection.

Margaret O’Brien: ‘Through a constructed repetition, my work explores the concept of tenselessness – a theory that states there is no privileged position in space-time; the same event can occur at different times for different observers in different frames of reference’.

Margaret O’Brien’s approach involves an experimental use of materials to produce works that operate within a live state of malfunction or breakdown. The precarious nature of these works explores ideas of failure as an everyday experience. O’Brien recently completed an artist residency at the Leitrim Sculpture Centre. She has received funding for her work from Arts Council England, the Arts Council of Ireland, and the Irish Research Council. (www.margaretobrien.co.uk)

Robert Flynn: ‘DARKMATTER is a series of photographs and installation that delves into the doctored nature of the images of space that we are exposed to and how it shapes our perception of the cosmic void. Due to our limited capabilities to actually see it, most images of space that are released are altered and photoshopped, whether for publicity or to study them and to gain a deeper understanding of the data. Ultimately our perception of space is defined by our inability and attempts to perceive and comprehend it.’

Robert Flynn is an artist and photographer based at ROAD Studios, Liverpool. His work is influenced by the the surreal, the absurd, truth and fantasies, and by how these aspects inform human perception. He explores these themes with his work by using a combination of sculpture, costume, new media and installation which he then photographs, so as to separate the viewer from the object/image, distorting their perceptions of it, and presenting it as a false/parallel reality. (@_robert_flynn_)

John Elcock: ‘Studio-exploration of objects I found at an isolated pilgrimage site on the Isle of Bute emerged into ideas on a universal scale, suggesting answers to our show’s question might be found on a remote Scottish island, as much as a laboratory at CERN’.

John Elcock is a visual artist based in Liverpool, UK. His work is primarily concerned with landscape, the symbolism of birds and aspects of the divine. He has exhibited at The Lynn Painter-Stainers Prize, the Wales Contemporary and the Independents Biennial. (www.johnelcock.co.uk)