Home The Office of Dan Carden MP: Dockers – The ‘95 to ‘98 Liverpool Lockout

The Office of Dan Carden MP: Dockers – The ‘95 to ‘98 Liverpool Lockout 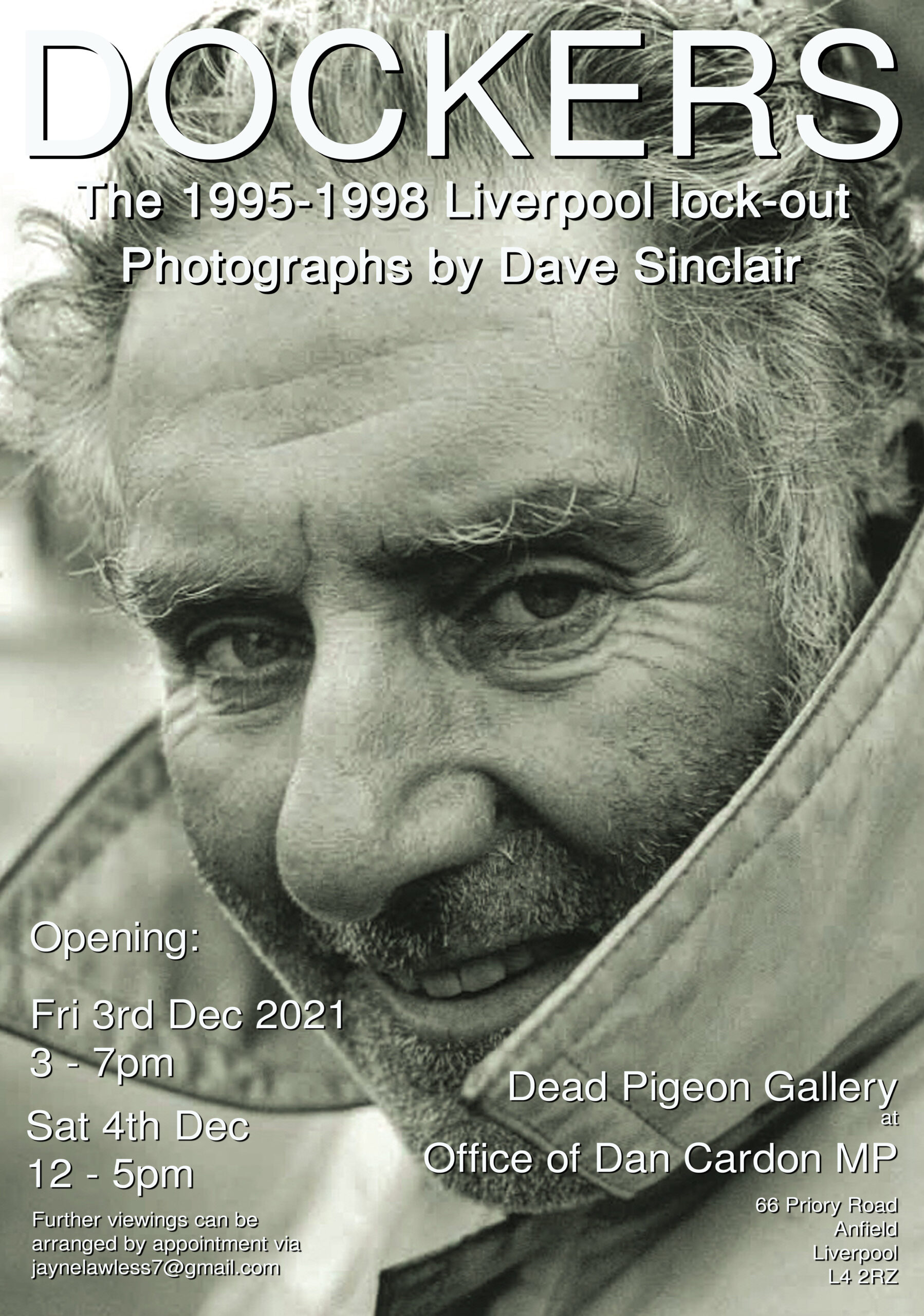 The Office of Dan Carden MP: Dockers – The ‘95 to ‘98 Liverpool Lockout

‘In September 1995, 500 Mersey Dock and Harbour workers were sacked for not crossing a picket line set up by sacked Dockers from a small stevedore firm called Torside. They were then in dispute for two and a half years. Dave Sinclair supported and documented the dispute from the first to the last day.’

We are delighted to announce we can now open this long awaited show to the public on the above dates. Additionally, there is also an accompanying film made during the install of the work that can be viewed at any time here:  https://youtu.be/VoqfeHiQlCs

The film, by Harvey Morrison, provides an insight into the daily work of a documentary photographer and a concise overview of the dispute itself. This crucial moment in working class history is discussed during the install of the work at Dan Carden’s office with Dave Sinclair, Joel Hansen from Scottie Press, Jodyanne Richardson and Jayne Lawless.

Further viewings can be arranged by appointment via jaynelawless7@gmail.com