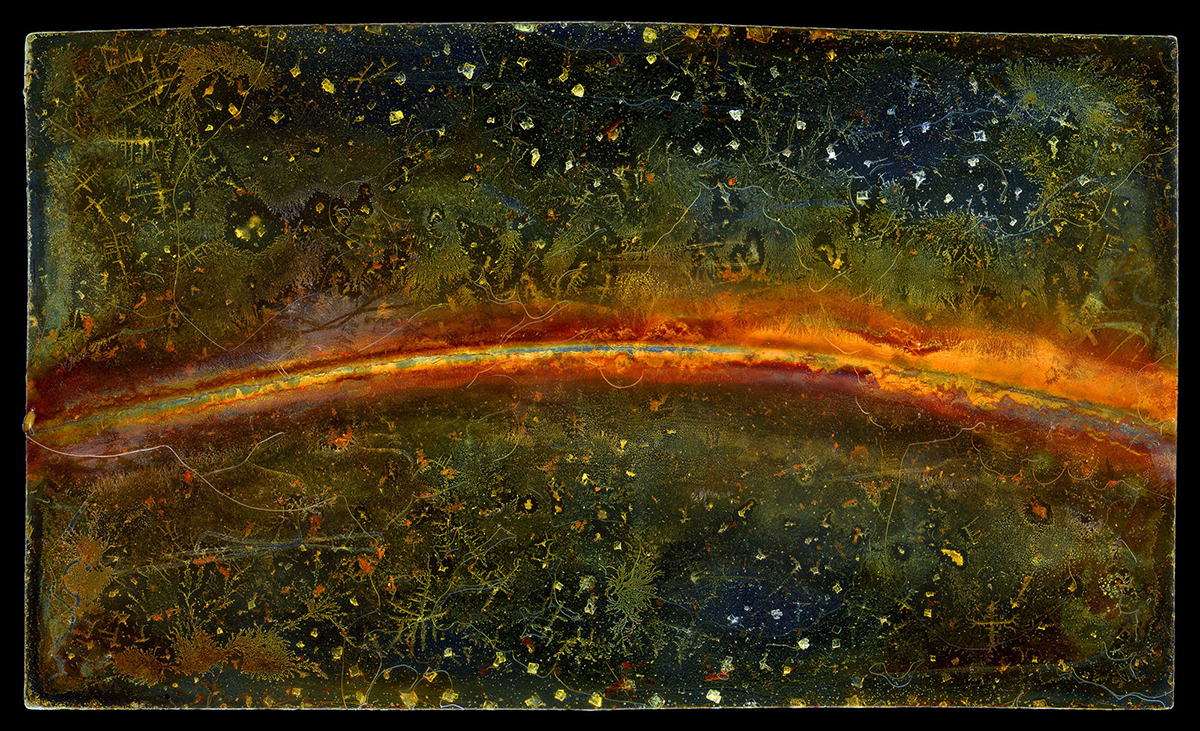 Working without a camera, Paul Kenny creates abstract compositions on small glass plates with objects found on beaches and crystallised sea water. He has worked all over the world but much of the work was produced in Scotland, the west coast of Ireland and, more recently, near his home in Northumberland. Each glass plate is scanned to produce large-scale photographs and lightboxes rich with opalescent colours, which take on the form of imagined landscapes.

Building on themes of fragility and transience in the landscape, Kenny’s work deals with the universal through a focus on the microscopic, often overlooked, elements of the landscape. In the last two years he has been developing a hybrid style of animation – slowly evolving versions of his still images which have been described as ‘moving stills’.