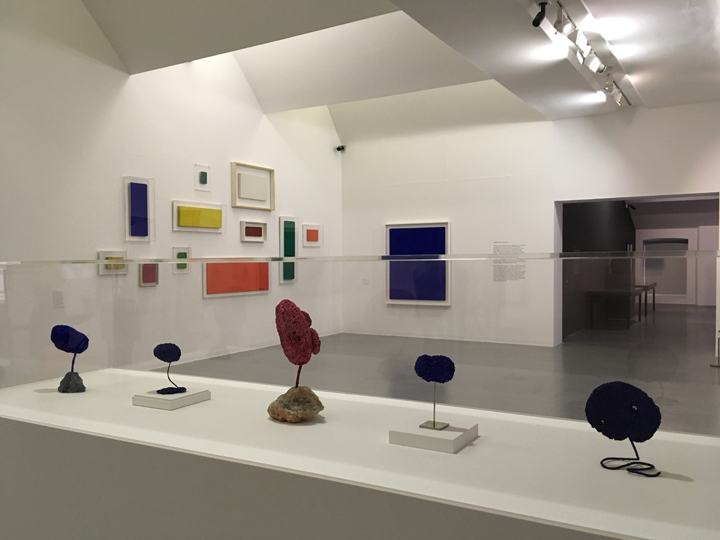 Tate Liverpool presents the UK’s first museum solo exhibition in more than 20 years of the French artist Yves Klein (1928-1962). One of the most influential figures of the post-war era, Klein’s career was marked by extraordinary creativity and a bold attitude to art and life that was pivotal to later movements from pop to performance art and beyond. Presenting around 30 major works the exhibition throws fresh light on his artistic practice.

Embracing painting, sculpture, performance, theatre, music, film and architecture, Klein pioneered new attitudes that took the European art world by storm before his untimely death at the age of 34 from a heart attack. At the age of 19 the artist symbolically signed the depthless blue sky using his finger, declaring it as his first artwork. This moment underpinned Klein’s interest in the relationship between infinite space and art that foreshadowed his short but startling career as one of the most original artistic thinkers.

Klein’s vision was to express absolute immateriality and infinite space through pure colour. The exhibition examines this through works from across Klein’s major series including paintings deploying his signature dazzling pure-pigment International Klein Blue (IKB), a distinctive ultramarine able to invoke a powerfully depthless sense of space on the surface of the work. Also displayed will be his Anthropometry paintings created by the artist choreographing nude models as living paint brushes to transfer blue pigment onto canvas and his pyrotechnic Fire Paintings, created using a flame thrower. It further presents his sponge sculptures, planetary-reliefs and pure-colour monochrome paintings.

The exhibition brings together major works never before seen in the UK, complemented by photography that reflects the breadth of his artistic vision. These images demonstrate how Klein managed his own image through personal and publicity photographs that present him as an artist, visionary showman and judo master, among many other guises.

Despite dying at an early age Klein created a powerful body of ground-breaking work. The exhibition celebrates his practice and output that prefigured later movements including pop, conceptual, minimal, installation and performance art and influenced later generations of artists while infusing the languages of popular culture and design.

The exhibition is curated by Darren Pih, Exhibitions &amp; Displays Curator, Tate Liverpool. It will be shown in parallel with the first UK retrospective by Edward Krasiński (1925–2004).