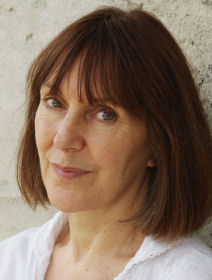 LJMU’s Writers’ Workshop invites you to join Marina Lewycka at Tate Liverpool, as she responds to the Autumn collection display/programme.

Marina Lewycka was born in a refugee camp in Kiel after World War II.

Her family subsequently moved to England. Her debut novel, A Short History of Ukrainian Tractors, won the 2005 Bollinger Everyman Wodehouse Prize for comic writing and was long-listed for the man Booker and short-listed for the Orange Prize for Fiction. The novel has been translated into 35 languages and has sold more than a million copies in the UK alone. She has since published four more novels: Two Caravans (2007), We Are All Made of Glue (2009), Various Pets Alive and Dead (2012) and The Lubetkin Legacy (2016). Marina Lewycka lives in Sheffield.

Writers’ Workshop is a community of writers, researchers, visiting writers and postgraduate students. By blending rigorous research, theory and creative practice, the Group’s members explore the possibilities of creative and reflective writing.

Cost: £5
plus visitors receive a 20% discount on Marina’s latest novel