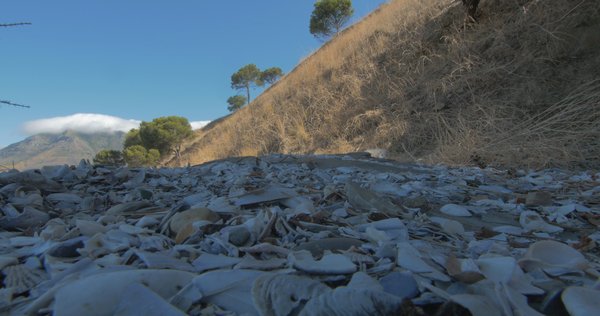 Join us in Tate Exchange for the screening of new multi-disciplinary project, Relic Traveller, from artist Larry Achiampong.

The work manifests in performance, audio, moving image and prose. Taking place across various landscapes and locations, the project builds upon a postcolonial perspective informed by technology, agency and the body, and narratives of migration.

The title-character is featured, moving between locaations across a seemingly desolate United Kingdom. Uncovering fragments of audible data as if they were clues to a forgotten Empire, the Relic Traveller soon finds themself in an atmosphere that simultaneously delivers poetic moments of the sublime met with harrowing, claustrophobic tales of trauma.