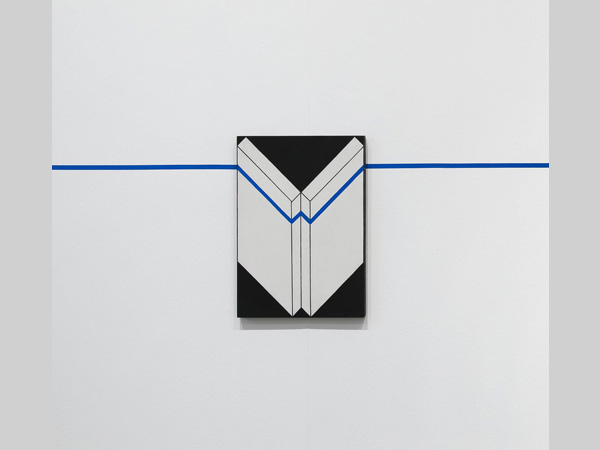 Tate Liverpool presents the first UK retrospective by Edward Krasiński (1925–2004), one of the most significant Eastern European artists of the 20th century. The exhibition spans the artist’s career bringing together a range of his dynamic sculptures, Interventions and installations including a group of rarely exhibited early works from 1962-65.

Born in 1925 in Lutsk, now part of Ukraine, Krasiński studied in Kraków at the Arts and Crafts School and at the Academy of Fine Arts during the 1940s. In 1954 he moved to Warsaw where he met artists and critics inspired by avant-garde, including Henryk Stażewski and Tadeusz Kantor. Krasiński lived and worked there for the rest of his life, regularly exhibiting both in Poland and internationally.

From early sculptures made in the 1960s to installations made in the 2000s, the exhibition will emphasise his experimental approach to art and exhibition making along with the inspiration he took from the pre-war avant-gardes, particularly Polish constructivism. The exhibition will further explore the contribution Krasiński made to global tendencies of the 1960s including minimalism and conceptual art. The highlights of the show include his suspended sculptures from 1964-65 that often appear gravity defying in their combination of invisible wires, visual puns and trickery, together with re-stagings of a major groups of his Interventions from the 1970s, 1980s and 1990s.

Tracing his interest in the reduction of sculpture to mere line, the exhibition examines Krasiński’s preoccupation with the use of blue adhesive tape, a material he introduced in 1969 and used until the end of his career to physically unify objects and space. He once remarked, ‘I place it horizontally at a height of 130cm everywhere and on everything. I encompass everything with it and go everywhere.’

The exhibition further presents Krasiński’s investigations into the fusion of sculpture and photography that incorporate life-size photographs of himself and his studio within spatial installations. Recreations of Krasiński’s landmark exhibitions from across his career will also be displayed, such as his early solo shows and his contribution to the 1970 Tokyo Biennial. In addition the artist’s own living and working space, an important motif of many of his works, which since 1988 has been gradually transformed into a total work of art, will be represented by French-American filmmaker Babette Mangolte’s 2012 film Edward Krasiński’s Studio. Filmed in his apartment, which has been preserved as it was left at the time of the artist’s death, visitors to the exhibition will get a crucial insight into this important space.

Krasiński developed a unique formal language and lightness of touch that was equally informed by his early relationship with constructivism, and the influence of surrealism’s embrace of humour, chance and playfulness. The exhibition charts this development, arguing for Krasiński’s under-recognised contribution to global developments in art of the 1960s and beyond.

The exhibition is curated by Kasia Redzisz, Senior Curator and Stephanie Straine, (former) Assistant Curator, Tate Liverpool. It will tour to The Stedelijk Museum, Amsterdam (June – October 2017). The exhibition will be shown in parallel with the UK’s first museum solo exhibition in more than 20 years of Yves Klein (1928-1962).