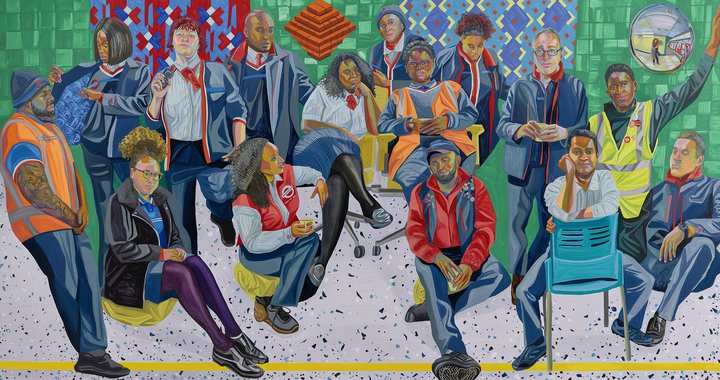 Tate Liverpool presents a new commission by New York-based artist Aliza Nisenbaum (b. 1977, Mexico). Influenced by the Mexican mural movement and its depiction of social history, Nisenbaum creates paintings that often focus on different members of a community.

Nisenbaum paints her subjects from life to develop a personal connection with each of them. In doing so, the artist captures their individuality in her paintings. She spends hours with her sitters, believing that ‘paying attention can be a political act’.

The artist was recently commissioned to create a public artwork for Brixton Underground Station in London, which forms part of Art on the Underground’s 2019 programme. For her Tate Liverpool commission, she will spend a period of time living in Liverpool during which she will make her new work.