Home St Helens Venue TBA: With For About: Art & Democracy

St Helens Venue TBA: With For About: Art & Democracy 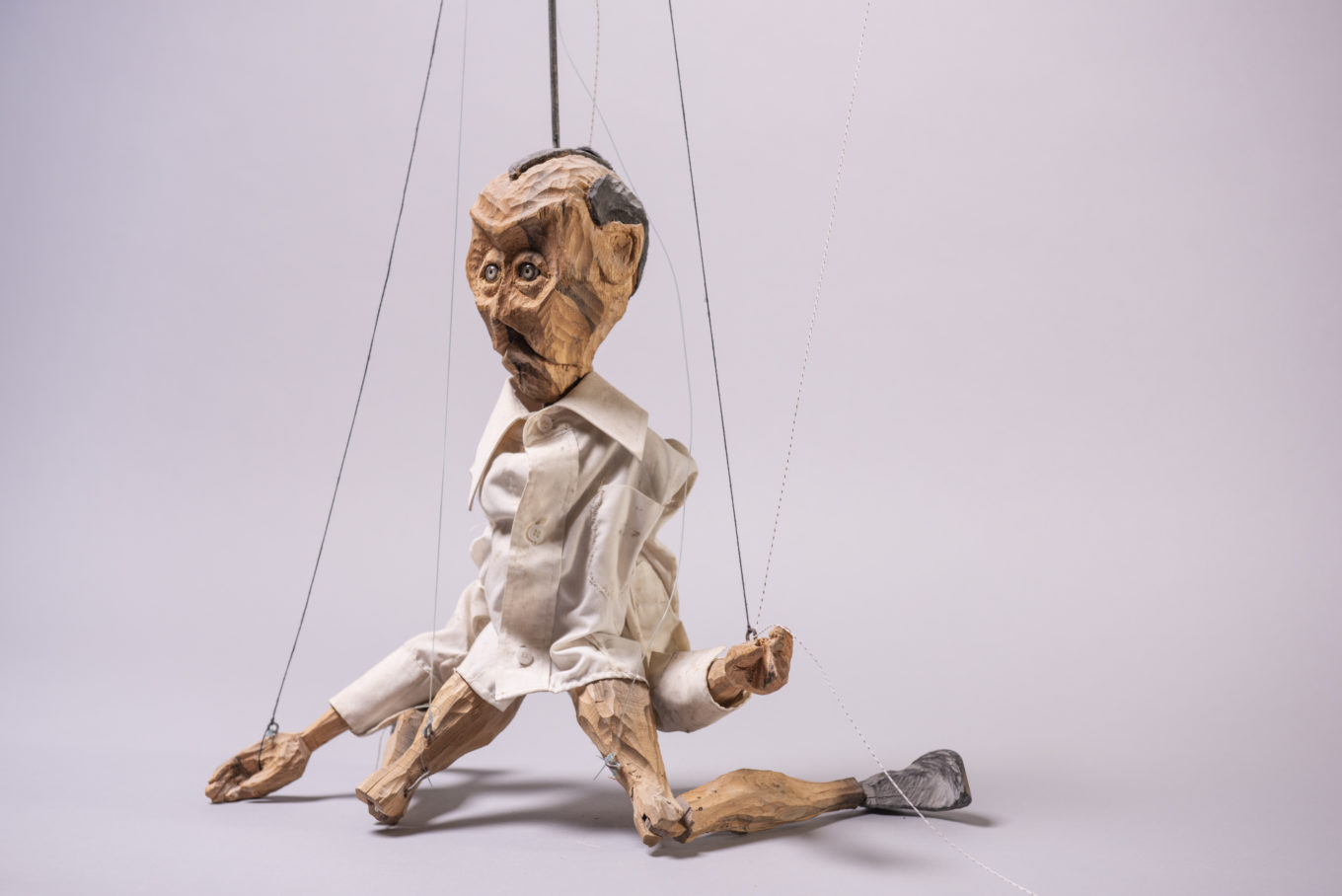 St Helens Venue TBA: With For About: Art & Democracy

Join us for the fourth annual With For About conference in St Helens. This year’s theme is Art & Democracy and we’re delighted to be joined by a host of speakers from across the globe.

The fourth annual With For About conference asks:

Is art, and the making of art, the last frontier in the fight for democracy and the realisation of civil society?

The politics of our times have presented us with an unprecedented moment of re-evaluation. Our communities, our values, our social structures are in flux.

Collaborative art has always presented a unique opportunity to engage meaningfully with these agendas, to draw audiences into work in new and exciting ways and allow many to add their voices to commentary on these times. But as democratic deficits are felt by increasingly larger parts of our community what role can artists and art play?

This year we are joined by a host of speakers from across the globe, including Jeanne van Heeswijk, Jonas Staal, Susanne Bosch, Larry Achiampong, A Blade of Grass, Deirdre Figueiredo, Brian Harnetty, Heather Peak Morison and Rick Lowe. You can find more information about the speakers below.

The day will be split into 3 panel sessions looking at themes including disability justice; the artist as political actor; and public realm work as an act of ‘commoning’.  The conference will close with the launch of Praxis 2: The Town As Arts Centre.

Lunch and refreshments will be provided.

The #WithForAbout series aims to create a space to discuss and reflect on the fierce and urgent questions facing collaborative and social art today, and more broadly reflect on the role of art and artists in civil society, and the nature and potential of collaborative art, with and within community and social contexts. Read about previous conferences here.

Heart of Glass is delighted to partner with Create and Axisweb to present this event. Heart of Glass and Create are currently working with a range of partners to explore a ‘triennial for social and collaborative arts practice‘, and have previously worked together on Collaborative Arts Partnership Programme.

Please click here to book your place at With For About: Art & Democracy. Ticket prices are as follows and for more info on ticket pricing, please see here.

Jeanne van Heeswijk is an artist who facilitates the creation of dynamic and diversified public spaces in order to “radicalize the local”. Her long-scale community-embedded projects question art’s autonomy by combining performative actions, discussions, and other forms of organizing and pedagogy in order to assist communities to take control of their own futures.

Rick Lowe is a Houston-based artist who has exhibited and worked with communities nationally and internationally. His work has appeared in: Contemporary Arts Museum, Houston; Museum of Contemporary Arts, Los Angeles; Neuberger Museum, Purchase, New York; Phoenix Art Museum; Kwangju Biennale, Kwangju, Korea; the Kumamoto State Museum, Kumamoto, Japan; the Venice Architecture Biennale; and Documenta 14, Kassel, Germany and Athens, Greece. He is best known for his Project Row Houses community-based art project that he started in Houston in 1993. Additional community projects include the Watts House Project in Los Angeles, the Borough Project in Charleston, SC (with Suzanne Lacy and Mary Jane Jacobs), the Delray Beach Cultural Loop in Florida, and the Anyang Public Art Program 2010 in Anyang, Korea. Among Rick’s honors are the Rudy Bruner Awards in Urban Excellence, the AIA Keystone Award, the Heinz Award in the arts and humanities, the Skowhegan Governor’s Award, the Skandalaris Award for Art/Architecture, and a U.S. Artists Booth Fellowship.

He has served as a Loeb Fellow at Harvard University, a Mel King Fellow at MIT, an Auburn University Breedan Scholar, and a Stanford University Haas Center Distinguished Visitor. President Barack Obama appointed Rick to the National Council on the Arts in 2013; in 2014 he was named a MacArthur Fellow.

Heather Peak Morison is an artist and director of Studio Morison. She has worked collaboratively with Ivan Morison on commissions in the UK and internationally since 2003, establishing an ambitious practice that transcends the divisions between art, architecture and socially engaged practice working alongside communities with numerous organisations such as Tate Modern, Vancouver Art Gallery, Museum of Contemporary Art, Sydney, and represented Wales at the Venice Biennial. She employs creativity and art with people and place to facilitate meaningful, beautiful and long lasting change civic and social change. She is currently artist convenor and strategist for Heart of Glass in St Helens working on Bliss Park, a new civic space, facilitating two ‘Creating Civic Change’ projects with communities for the Calouste Gulbenkian Foundation/Big Local and is part of ‘Change Creation’ Arts Council England’s two year program for leaders of change in the arts. She will have also, by the time you attend this conference, stood as a candidate in the local elections on May 2nd 2019.

Jonas Staal is a visual artist whose work deals with the relation between art, propaganda, and democracy. He is the founder of the artistic and political organization New World Summit (2012–ongoing) and the campaign New Unions (2016–ongoing). With BAK, basis voor actuele kunst, Utrecht, he co-founded the New World Academy (2013-16), and with Florian Malzacher he is currently directing the utopian training camp Training for the Future (2018-ongoing) at the Ruhrtriennale in Germany. Recent exhibition-projects include Art of the Stateless State (Moderna Galerija, Ljubljana, 2015), After Europe (State of Concept, Athens, 2016), Museum as Parliament (with the Democratic Federation of North Syria, Van Abbemuseum, Eindhoven, 2018) and The Scottish-European Parliament (CCA, Glasgow, 2018). His projects have been exhibited widely, among others at the 7th Berlin Biennial (2012), the 31st São Paulo Biennale (2014), the Oslo Architecture Triennial (2016) and the Göteborg Biennale (2017). Recent publications and catalogs include Nosso Lar, Brasília (Jap Sam Books, 2014), Stateless Democracy (With co-editors Dilar Dirik and Renée In der Maur, BAK, 2015) and Steve Bannon: A Propaganda Retrospective (Het Nieuwe Instituut, 2018). His book Propaganda Art in the 21st Century is forthcoming from the MIT Press in the fall of 2019. Staal completed his PhD research on propaganda art at the PhDArts program of Leiden University, the Netherlands.

Susanne Bosch is an artist and independent researcher. She received a PhD “Learning for Civil Society Through Participatory Public Art” from the University of Ulster in Belfast in 2012. From 2007-2012, she developed and led the Art in Public MA at the University of Ulster in Belfast, together with artist Dan Shipsides. As an “interface activist”, Susanne practices internationally in public art projects asking questions about long-term issues, and building creative arguments around the ideas of democracy and sustainable futures. Her art often involves the issues of money (Restpfennigaktion (Left-over Penny Campaign), Germany, 1998-2002; Initizativa Centesimo Avanzato, Naples, Italy, 2008-2009; Hucha de Deseos, Madrid, 2010-2011) and Rest-Münz-Aktion (Liechtenstein, 2017), migration (My European Family video 2012, Athens and Kassel, Germany; The Prehistory of Crisis II, Belfast and Dublin, 2009); and societal visions and participation models (Cities Exhibition, Birzeit University Museum, Palestine 2012-13; Das Gute Leben, Glücklich kommt von Selbermachen, Bregenz, Austria 2014; Dies ist Morgen, Osnabrück, Germany 2015; Utopisten und Weltenbauer, Dortmund, Germany 2015; Das Mögliche im Sein, Götzis, Austria, 2015). Susanne develops site and situation-specific interventions, installations, videos, drawings, and audio as well as dialogical formats. In her artistic research, and as facilitator, she uses formats such as writing, seminars and workshops. She is trained in Open Space and Art of Hosting facilitation (2008, 2014), as well as conflict transformation (2004) and systemic constellation work (2014). Susanne has been working internationally in Austria, Italy, Ireland, the UK, Greece, Palestine, Spain, USA, Mexico, Malaysia as well as in Turkey. She was the independent research fellow in the Collaborative Arts Partnership Programme (CAPP), a European partner network of six countries (2014-2018) and is currently the researcher in generationKUNST in Lower Saxonie/Germany (20017-2019).

A Blade of Grass

A Blade of Grass believes in the power of socially engaged art and artists to participate meaningfully in creating a more equitable and compassionate future. We provide direct financial support to artists who collaborate with communities to generate exchanges, experiences, and structures that enact social change. We also create greater visibility for the socially engaged art field by producing multimedia content, public programs, and research about this work.

With works that examine his communal and personal heritage – in particular, the intersection between pop culture and the postcolonial position, Achiampong crate-digs the vaults of history. These investigations examine constructions of ‘the self’ by splicing the audible and visual materials of personal and interpersonal archives, offering multiple perspectives that reveal entrenched socio-political contradictions in contemporary society.

Achiampong’s recent project titled ‘Relic Traveller’ is a multi-disciplinary multi-site project that builds on themes of lost testimony, fallen empire and displacement by deconstructing the architectures of colonialism. The project is currently formed of a ‘First Phase’ involving an original score, two short films and installations, an audio-visual performance and a flag project which recently displayed atop Somerset House in London.

Brian Harnetty is an interdisciplinary artist working between music composition, sound, and socially engaged art. Rooted in sound archives and the communities connected to them, his body of work contends that the simple act of listening –– to people, places, and their pasts –– can transform our futures.

Harnetty’s current projects –– supported by a 2018 A Blade of Grass Fellowship for Contemplative Practices and the 2016 Creative Capital Award in Performing Arts –– are deeply involved with issues of ecology, extraction, and economy in Appalachian Ohio, informed in part by his family’s roots in the region. Harnetty received a Ph.D. in Interdisciplinary Arts at Ohio University, an M.Mus. in Music Composition at the Royal Academy of Music, London, and a B.Mus. in Music Composition from The Ohio State University.