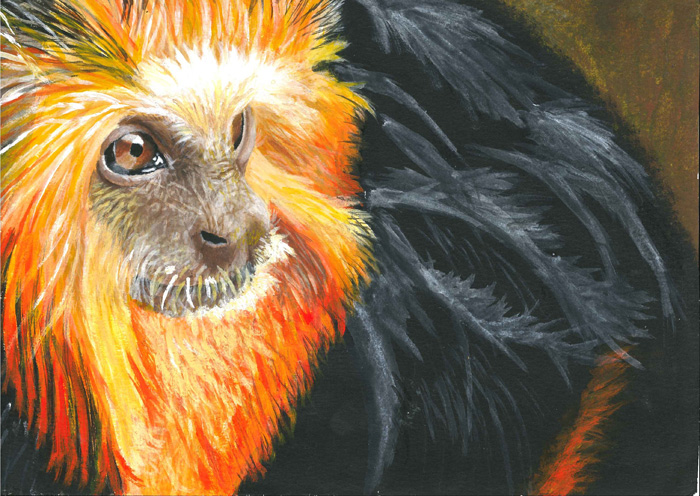 As the winners of the Year 6 and Year 9 categories, Nyah and Aidan’s artwork will now be displayed in a special free exhibition at St George’s Hall in Liverpool, which is open to the public between 10am until 5pm until Saturday 11 June.

The inter-school art competition, which is now in its fourth year, attracted entries from 53 primary and secondary schools in Liverpool, Wirral, Sefton, Halton, Knowsley and St Helens, producing 930 eye-catching, creative and original submissions ranging from painting to drawing, collage and photography.

Entrants are asked to produce a piece of artwork that reflects themes they are already exploring at school and best showcases their skills and interests.

Schools initially submitted up to 25 student pieces of art which were then shortlisted by a judging panel made up of representatives from some of Merseyside’s best-known arts and cultural institutions, including Liverpool Biennial, National Museums Liverpool and Metal Liverpool, who selected their top three entries from each school for a public vote. The public were then encouraged to vote online for their favourite piece of work from each school to form part of the exhibition.

The overall winners and runners-up for both primary and secondary categories were chosen and announced at a prize-giving ceremony by special guest judge Susan M Coles, a former president of the National Society for Education in Art & Design (NSEAD).

Each shortlisted student was also presented with a certificate by the Lord Mayor of Liverpool during the ceremony in the Concert Hall at St George’s Hall.

Nyah and Aidan’s artwork will feature alongside the 51 other shortlisted designs, making it the largest exhibition in the competition’s history.

As the winner of the Year 9 category Nyah was also awarded a scholarship to Dot-Art, giving her a year’s membership to Dot-Art’s network, allowing her to showcase and sell her work alongside professional artists, while St Bede’s student Aidan won the Year 6 category and was presented with vouchers for art materials as well as family tickets for the Albert Dock Experience and the latest Tate Liverpool exhibition.

Both Nyah and Aidan’s schools were also recognised and each received a Golden Ticket worth £250 to spend on art materials at Cass Art.

The two runners up in both categories were presented with vouchers for art materials and tickets to the latest Tate Liverpool exhibition.

Following the exhibition at St George’s Hall, artworks will be displayed in a special digital print exhibition at Lime Street lower level station between Friday 24 June and Sunday 24 July.

Entry for next year’s Dot-Art Schools competition opens in September but schools that register before 22 July will receive a discounted rate. For more information and to enter, visit http://schools.dot-art.com or contact Carolyn Murray on schools@dot-art.com.