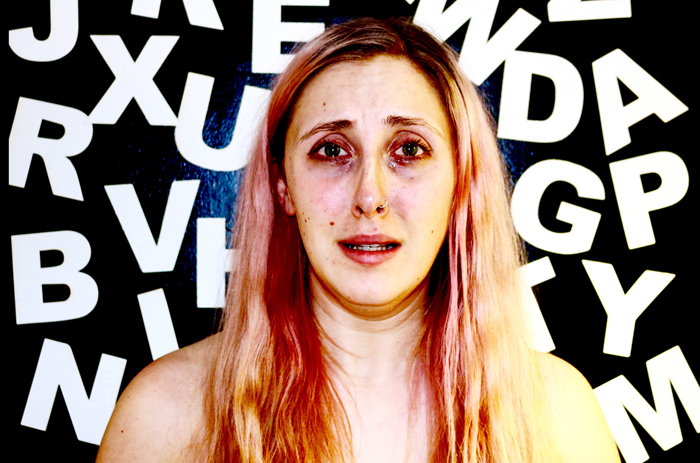 ‘Shatter the Silence’ is the first group exhibition to take place in Liverpool showcasing works of art relating to the themes of; Rape, Sexual Violence, Domestic Abuse, Street harassment, Consent and Feminist Issues. The group of artists present us with a range of wall based media, conceptual photography from a rape survivor informs us of the emotional stages from being the victim of a sex attack to returning to a positive state of wellbeing. The Rape recovery process is depicted through concept-based work showing regrowth and the regaining of strength. Traditional painting exposes us the reality of living in fear, textiles work draws our attention to the violence encountered in traditional Fairy tales. A photographic depiction of a figure having been wrapped explores oppression while a feminist painter creates a dreamscape of imperfect bodies. A range of creative talent standing together with creativity which will challenge violence against women within Liverpool and society at large.

The exhibition was Curated by Anfield based Artist Alison Little who is involved in the organising for the annual Reclaim the Night March which will take place on the 5/05/17 this year. The ‘Reclaim the Night March is in its 5th year since returning to Liverpool and campaigns against a range of issues from Rape to street harassment, ‘Shatter the Silence’ looks to co-ordinate with this event.

Andrew Backhouse and Steve Connolly of Quaker Meeting House, said “Quakers are against violence and for equality. Whilst this exhibition is not comfortable for us to host, we need to be aware of what is happening in our society today and its effects. ‘Love is the hardest lesson in Christianity, but for the reason, it should be our care to learn it.’(William Penn, 1693)”

Jill Saward, the Rape survivor campaigner was born in Liverpool and spent the first two years of her life on Merseyside. The victim of what became known as the ‘Ealing Vicarage Rape Attack’ she waived her right to anonymity and campaigned tires lay for changes in the law to support sex attack survivors until her death in January this year. In speaking of her attack Saward stated:

Removing the stigma of Rape from its victims and transferring it to the predators was key to her life’s work. Saward’ work gave hope to women affected by Rape crime across the UK, ‘Shatter to Silence’ looks to continue this work through a creative presentation of shared life experiences.

The exhibition takes place in the cafe exhibition space at the Quaker Meeting House. 22 School Lane, Liverpool L1 3BT, the private View being held 4-6pm onFriday 24/03/17, the exhibition running until Sunday the 21/05/17. The Cafe is open from 9am-3pm weekdays and 9am-4pm on Saturdays closed on Sundays. Arts activities relating to the exhibition are planned for the Light Night taking place on the 19/05/17 the closing weekend of the exhibition.