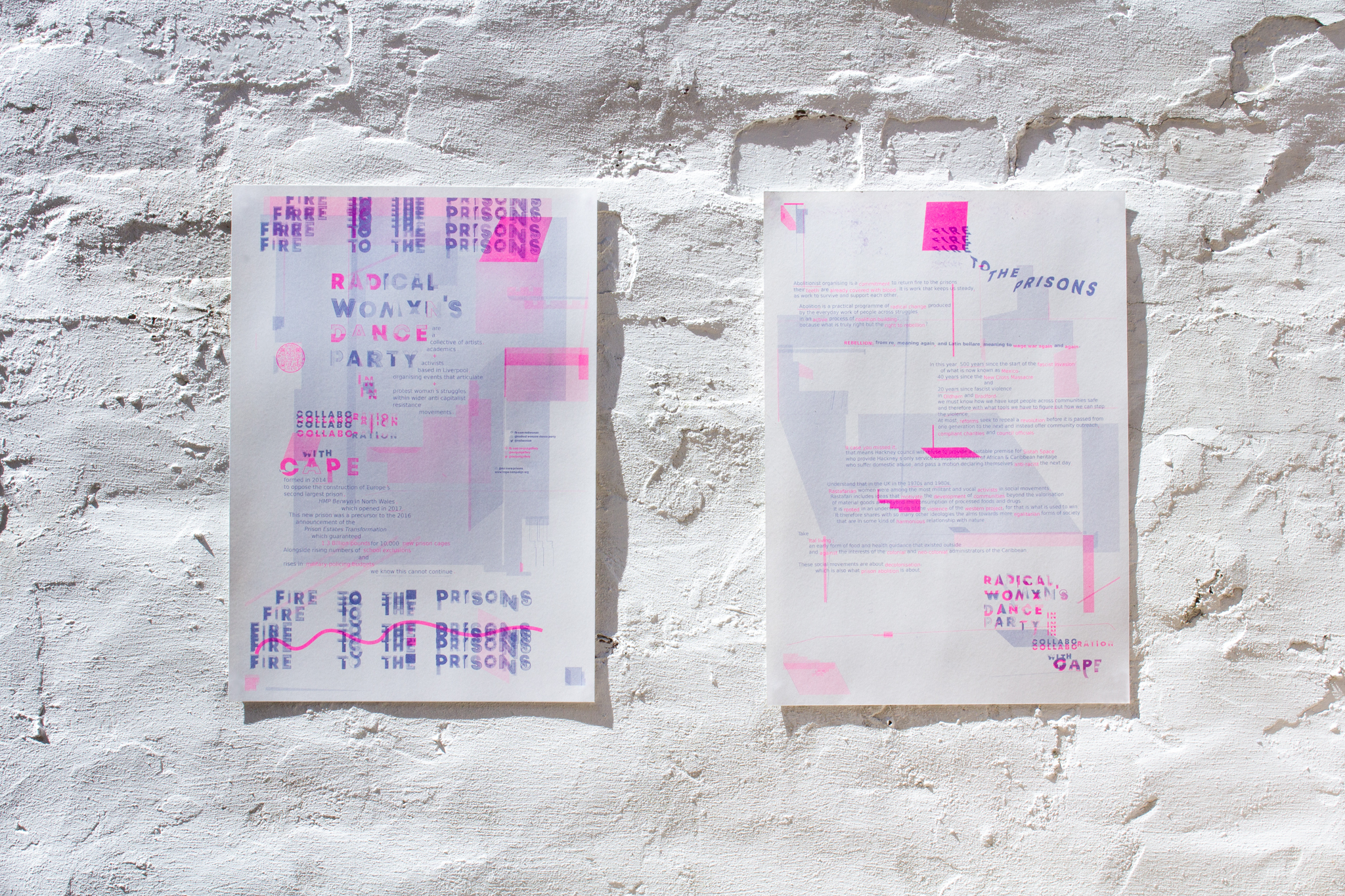 For the next in our series of postal exhibitions, OUTPUT is proud to present a collaboration between Radical Womxn’s Dance Party and CAPE (Campaign Against Prison Expansion).

Radical Womxn’s Dance Party are a collective that formed in 2017, organising events, workshops and fundraisers to protest womxn’s struggles in anti-capitalist movements. Collectively and individually they are committed to raising awareness and ensuring that they play an active role within their communities to enact change where possible.

Prompted by the recent calls for prison abolition throughout the US and UK, this project aims to show that anyone can be part of the fight against incarceration.

The print is an exclusive double-sided two-colour A3 risograph (printed locally by Granby Press), with writing about the prison system commissioned from CAPE (Campaign Against Prison Expansion), a network of grass-roots groups who have been fighting UK prison expansion for over half a decade. The print also contains a QR code that connects to a range of UK anti-prison resources – see below for the full list and be sure to follow us on social media, where we’ll be signal-boosting a range of campaigns, demonstrations and fundraisers over the next two weeks.