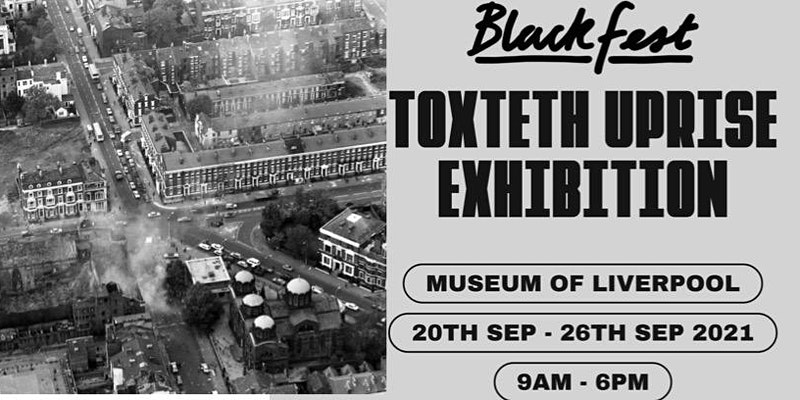 In the year of the 40th Anniversary of the Toxteth Uprisings, BlackFest Festival 2021 will be hosting a unique project collecting pictures and quotes from members of the community. This photography project will be displayed as an exhibition in the Museum of Liverpool and will help recognise members of our community’s (and/or that of their friend’s and family’s) personal experiences and quotes.

Toxteth riots In 1981 riots erupted in Toxteth putting Liverpool on the front page.

On Friday, July 3rd 1981 the arrest of 20-year-old Leroy Cooper on Selbourne Street, watched by an angry crowd, led to a fracas. Over the weekend that followed full-blown riots broke out on the streets of Toxteth with pitched battles between police and youths. The riots lasted for nine days. During this period 70 buildings were demolished or burned with widespread civil unrest.

According to the 1981 census, in the Granby electoral ward, which included Toxteth, 39.6% of men were jobless. A 1989 report on race relations in Liverpool by Lord Gifford, a radical QC, and Wally Brown, a well-informed Toxteth black activist, concluded that for much of the 1980s, “the real black youth unemployment figure in the Liverpool 8 area [was] 70–80%.” The figure for young black men – the least favourite recruits of employers in the city – was almost certainly even worse.

Historically, Black and other racially minoritised communities were spatially confined to this area through endemic structural racism. This accentuated existing class, religious and racial inequalities, leading to the stigmatisation and marginalisation of neighbourhood and community. Neighbourhood challenges to racism help both shape and reinforce allegiance and belonging to the neighbourhood of Liverpool 8. Out of structural discrimination and spatial confinement, a unique identity with place has been forged. This has strengthened perceptions of social solidarity amongst residents and led to a neighbourhood belonging ‘through difference’, not despite the multiple disadvantages residents faced, but, in many ways, because of them.

Despite regeneration projects and massive cash injections in Liverpool, has anything changed since 1981?