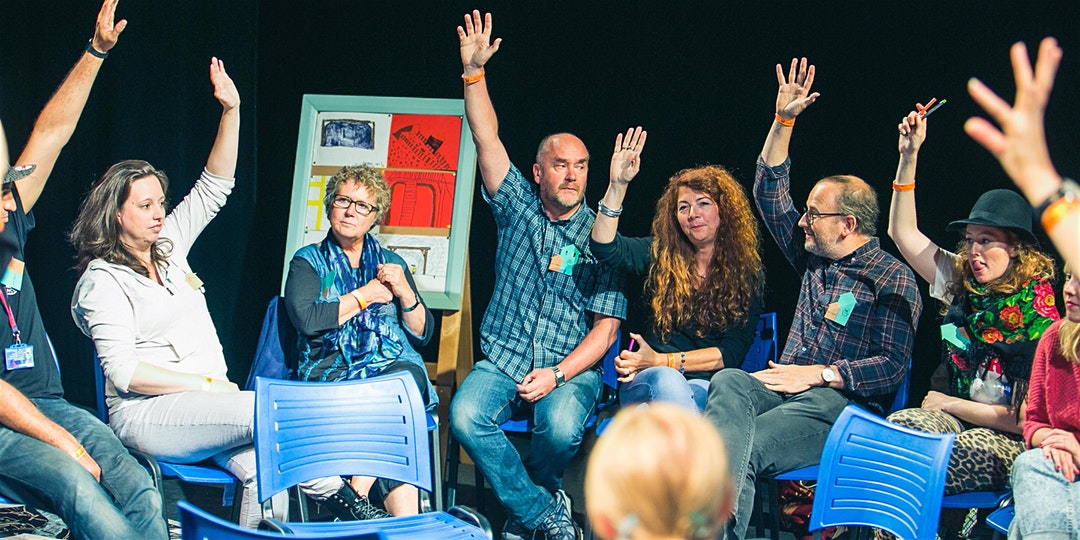 An open space to discuss, challenge and explore ideas surrounding marginalised voices and communities in theatre.

Lots of participatory theatre aims to tell the stories of communities who have been marginalised or are vulnerable. To ‘give voice’ to hidden stories that don’t often find space in the mainstream media, certainly not in all their complexity. But this is a contentious practice. Who edits those stories? Where does the power lie? Who has ownership of the story and what are the ethics of this practice? And how do we approach creating this kind of theatre practically? As verbatim and documentary theatre become increasingly common in the mainstream, and participatory theatre draws on these forms as its bread and butter it’s ever more important to ask difficult questions and be honest in our responses. If you’re interested in telling stories, join us to think about it more deeply in this conversational workshop, led by Sarah Thornton.