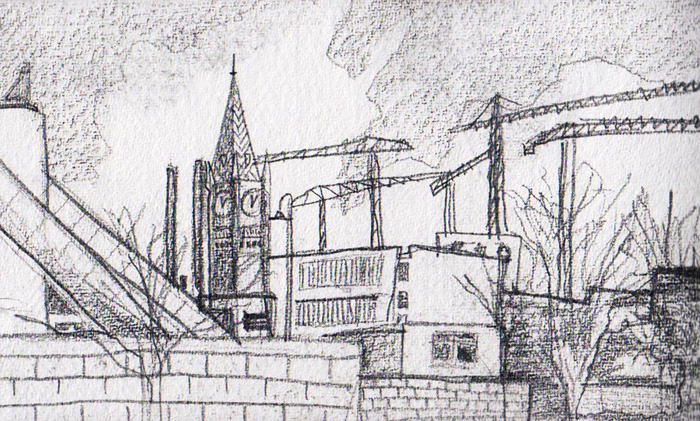 Join artists Josie Jenkins and Colette Lilley to explore the process of drawing in this relaxing two hour workshop.  Focus on the moment, from the marks you make to the forms and spaces that you experience in the world.  This workshop is great for anyone who enjoys drawing, with an emphasis on the process rather than the outcome.

Tutor: Josie Jenkins is an award winning artist based in Liverpool, UK. She studied for her BA Hons in Fine Art (Painting) at Norwich School of Art and Design, UK graduating in 2002. Josie has since exhibited in the UK and internationally. Josie is a director of Arena Studios and Gallery, an active artists’ studio group that has been an integral part of the grassroots Liverpool Art Scene for over thirty years. As an artist, Josie mainly works with painting and drawing, with themes focussing on the relationship between humanity and landscape.

Tutor: Colette is a practicing visual artist based in Liverpool. In 2009 she gained a masters in Art and Design Practice at Loughborough University. Colette has exhibited throughout the country and in 2011 was selected to work on the Tate Modern project From Morning till Night, Katherina Sede. In 2013 she co-founded and currently co-directs the artists’ studio 104 Duke Street in Liverpool. In 2014 Colette featured on Axis’ Spotlight, as one of five artists to watch during Liverpool’s Biennal. Her practise looks at mindfulness drawing and the benefits of the creative process.