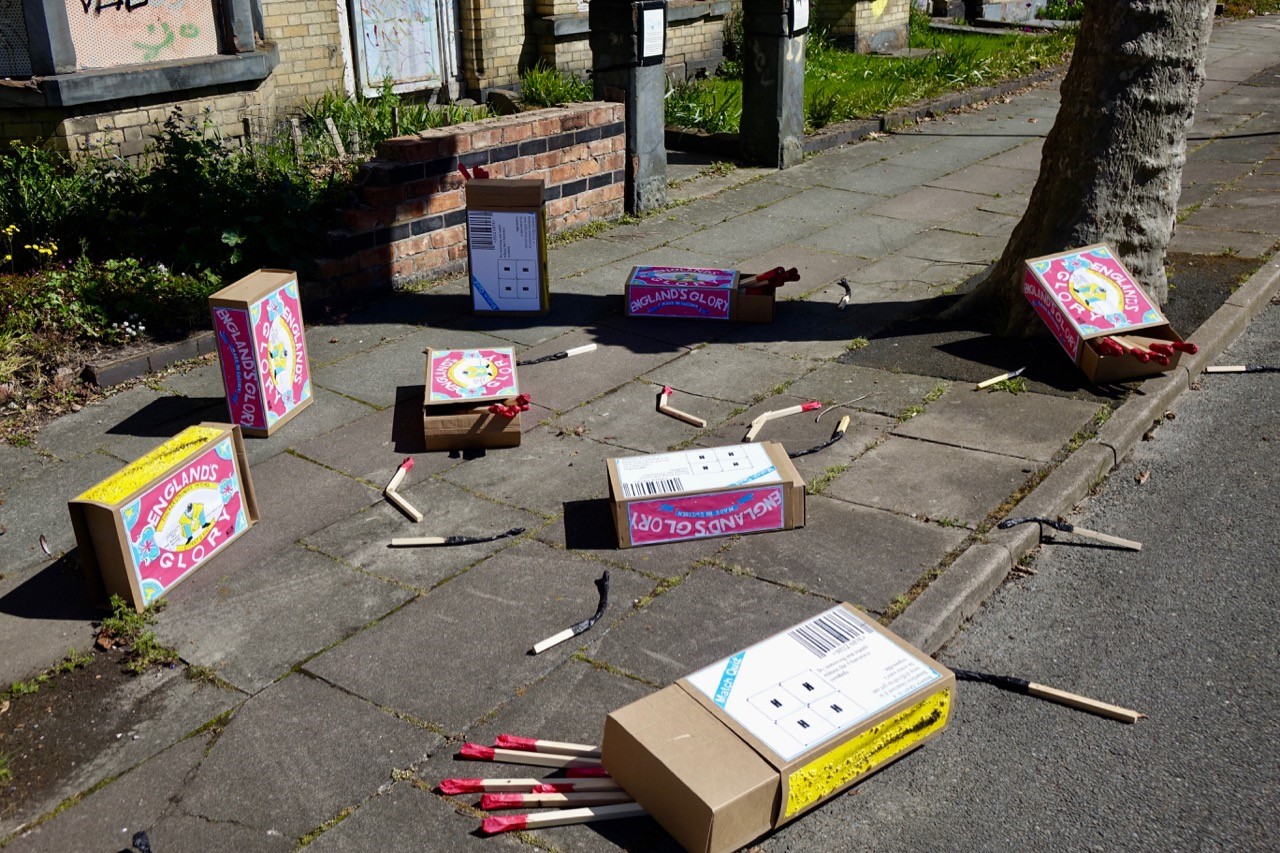 A piece by Lawrie that asks the question: “Are consecutive governments playing with fire by treating citizens with such disrespect? All citizens. It is a lottery who becomes homeless. It is the removal of a basic human right. In the distant past we all had a cave” – Lawrie 2019

Lawrie was born in 1966 and his first six years were spent on a house boat on the Lancaster canal. His next four years were spent living with his mother and older sister who had moved to London where his mother studied Direction at acting school. He has no memory of these years that he was told were happy and fulfilling but of the problematic years that followed.

Lawrie’s father David, who suffered from M.S. and alcoholism, had moved from the house boat to a basement in Lancaster and at the age of ten Lawrie went to live with him. Rather than return to his father and his drunken friends Lawrie started to sleep rough. At that age he regarded it as an adventure and it became unexceptional. He was forced into rough sleeping and homelessness on and off for more than thirty years. Despite this lifestyle and his own increasing drinking he worked successfully in the construction and film industries.

By the age of 42 he was an alcoholic, ill, unable to work and living in a tent next to the Lancaster canal. Eventually he moved to Liverpool where the Whitechapel centre found him a bed in a hostel in Toxteth which led to a flat in the same area in 2010. He still lives there and it is the first stable accommodation he has had in his life.

It took a further six years for him to stop drinking and he is now thirty months dry. He wishes he had gone to art school and acknowledges that all that can be done is to start from where you are and move forward.

In his own words:

The intention is to take the piece around nine city centres in nine days. The tour will begin in Newcastle on 4th July 2019 and continue as below. Updates will posted daily on instagram page to be launched in June 2019.